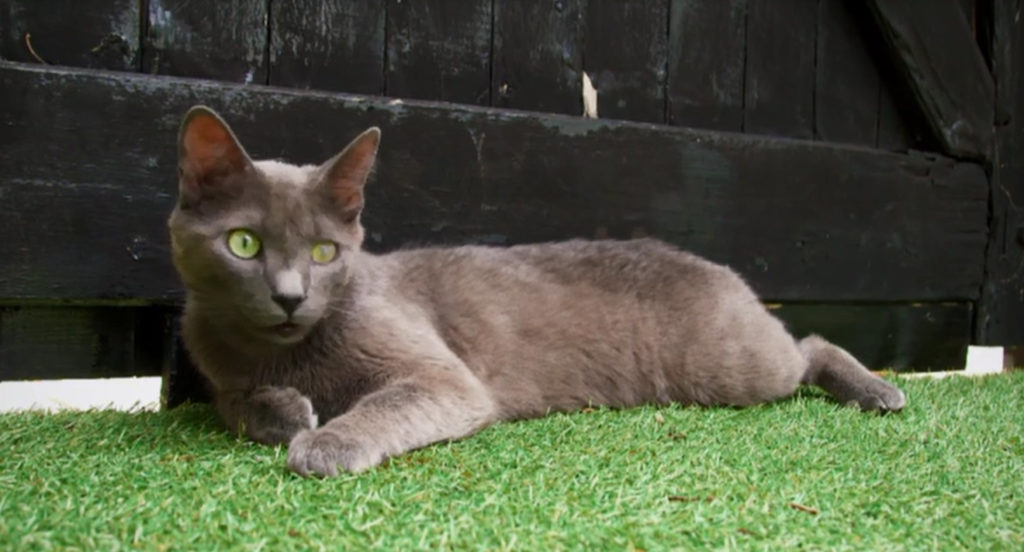 Family: Berlioz was rescued by Owen and his wife Alison in London as a kitten.

His Story: Berlioz was rushed to Fitzpatrick Referrals by Owen after he was hit by a car. Berlioz normally never leaves the house,  he’d been kept indoors since Owen and his wife took him in. The couple were devastated that on his first day venturing out he was hit by a car suffering severe injuries to his face and jaw.

Treatment: Noel examined Berlioz – The impact of the car had caused multiple fractures.  It had split Berlioz’s upper jaw and lower jaw down the middle which Noel would have to pull back together. On the left-hand side, the joint was also fractured and dislocated. To tackle the issue, Noel inserted two pins through the base of Berlioz’s nose above his hard palate to realign his skull. He then used separate pieces of wire to secure his lower jaw and upper jaw in place. However, the joint on the left-hand side remains dislocated with multiple fractures. Noel needed to make sure all the swelling had gone down before dealing with the dislocation. A week later the front fractures were healing well but the team needed to turn their attention to the dislocated jaw.

Noel needed to move the jaw from its dislocated position, back into its normal position.  To do that he took small pieces of plastic piping and put them around Berlioz’s teeth on both sides. He fills the pieces of plastic with a special glue, that stuck the upper and lower canine teeth together. This would hold the jaw in position until the temporomandibular joint healed. Because of this, Berlioz could not eat independently, so he had to be fed through a feeding tube until his joint recovered.

Outcome: Three weeks on, when the piping was removed and Berlioz could eat normally, Owen and Alison could take him home, even though his eye hadn’t yet fully healed. At home in London, Berlioz’s eyesight had started to return and he was no longer in danger of losing his eye, which Owen and Alison were thrilled about. To keep Berlioz safe, Owen has taken some serious measures by putting up extra fencing to prevent him straying beyond the garden!

We never fail to be amazed at how resilient animals are during a long recovery, but Berlioz is a fighter, always ready for a head butt and a purr. So delighted for this lovely cat that he was able to return safely home to his family.