Fabulous Christine brings in two (out of her four) toy poodles, Diamond and Sweetie, to Fitzpatrick Referrals.

Diamond’s been referred for a total hip replacement and Sweetie was born with a badly dislocated and deformed knee – which she now can’t use – and Christine wants to know if she can have a better life.

Whilst a hip replacement is relatively routine, it’s the smallest available in the world and that means it’s delicate and risky. As for Sweetie- Noel attempts a total hinged and plated knee replacement (an invention by Noel and the team- and the only one of its kind) The idea is that the bionic implant will fuse and become a permanent part of her body but its chances of success are unknown.

Sweetie and Diamond, two beautiful Minature Poodles, are two members of a lively and boisterous pack of miniature poodles living with devoted Christine. Little Diamond had a collision with one of her housemates which resulted in a debilitating problem with her hip joint which was causing significant pain and lameness. 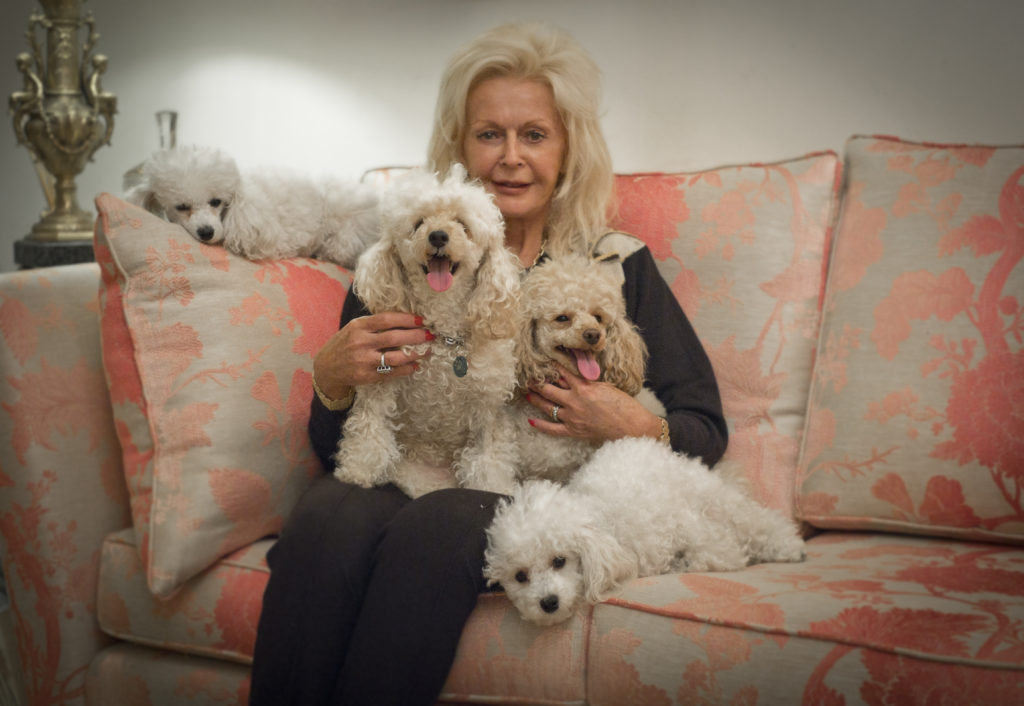 Radiography of Diamond’s pelvis revealed significant remodelling of the right hip joint. The changes had the appearance of avascular necrosis of the femoral head – a disease called ‘Legg-Calve Pethes’ in humans. Since conservative management of Diamond’s pain using drugs and exercise control had been unsuccessful, the decision was made to carry out a hip replacement to relieve her pain and discomfort. Diamond underwent total hip replacement and within six weeks of surgery was back to running around happily on four legs. Her implants are called ‘nano’ because they are tiny, in fact the smallest available anywhere in the world today.

Sweetie posed Noel and the team with major problems by comparison to Diamond. Sweetie had been rescued aged three months old after unsuccessful surgery to try and correct a problem with her knee joint. Sadly Sweetie remained with a non-functioning knee joint which was incredibly painful for her. Sweetie’s mum, Christine, was becoming increasing concerned regarding her discomfort and sought Noel’s help to see if he could come up with a solution to relieve Sweetie’s pain. It was readily apparent while examining Sweetie that a conventional solution such as a commercial total knee replacement was not going to work.

Noel took a CT scan of Sweetie’s damaged knee and in combination with a team of medical engineers he got to work designing and manufacturing a custom made total knee replacement for little Sweetie. While there are commercial canine total replacement systems available they do not manufacture implants small enough or specific enough for a dog the size of Sweetie, so a custom made implant was the only option apart from trying to fuse the knee solid or amputating the leg.

Sweetie’s surgery took place soon after the implant arrived from our engineering department. The surgery was a tense affair due to the complexity of the problem with Sweeties knee. After four hours the last skin suture was placed and Sweetie had an uneventful recovery from surgery. 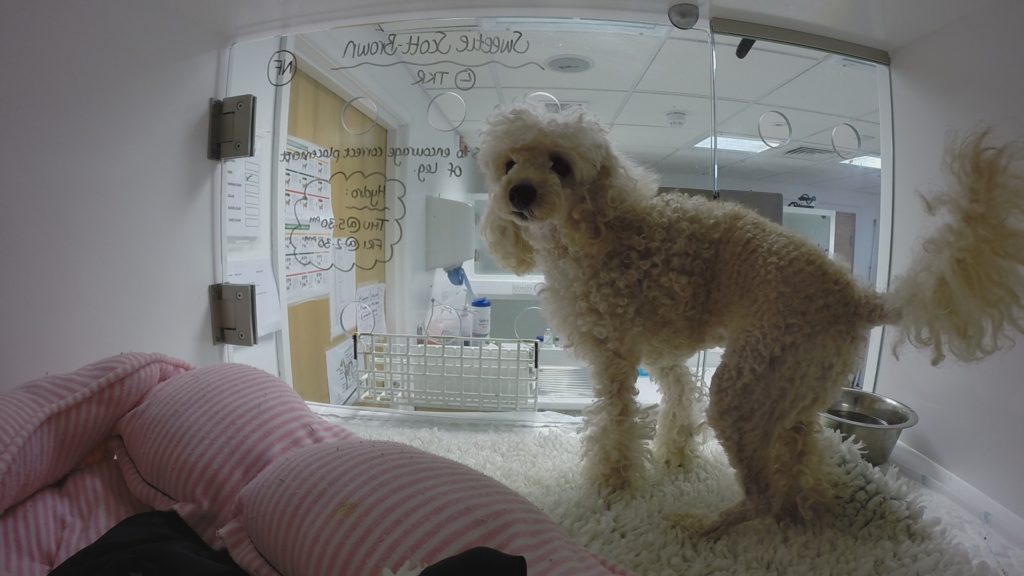 Day by day Sweetie began to improve after surgery, the nursing and physiotherapy teams working tirelessly to rehabilitate her limb. As she gradually improved, the function of her operated knee improved more and more and after a couple of weeks with us she returned home to recuperate alongside Diamond.

Total hip replacement is now possible and often an excellent option for all sizes of dog and cat from very tiny like Diamond to very huge like Mastiffs. At Fitzpatrick Referrals we use a hip system called Biomedtrix and at the moment we perform more of these surgeries than anyone else in Europe, with more than one hundred procedures yearly. A hip replacement is a military operation, with seven people in a team and generally takes 40 minutes to one hour from incision to closure. This is now routine and success rates are very high.

For Sweetie however, it was an entirely different story. Her knee deformity had happened really early in life and surgery had already been attempted, but sadly without success. At the time of presentation her thigh bone and her shin bone were twisted at 110 degrees out of normal alignment and her kneecap was behind her knee rather than in front of her knee. Further to this, her muscles and tendons were all contracted so that it was incredibly difficult to rotate the bones back into position even after cutting them. The muscle was also very weak. We invented, tested, manufactured and implanted a customised total knee replacement specifically for Sweetie based on her CT scans. The knee replacement was very special, and the first of its kind in the world for two reasons – it had a special texture and coating to allow the bone to grow onto it so that it could become a permanent part of her body – and it had two long plates to attach as far up as the hip and as far down as the ankle – so that we could cut and straighten the bones, and they would heal protected by the plates.

After successful implantation, the entire team spent several weeks encouraging limb use and rehabilitating the muscles and tendons. This was a huge task, and one which required an integrated cohesive approach from our nurses, ward auxiliaries, physiotherapists, hydrotherapists and other support staff. Simply put, there is no feeling in the world quite like creating a solution for one of our animal friends that is in pain and providing pain free functional quality of life on four legs for that animal. That is the reason I am on Earth and I’m deeply grateful to all of the team, especially the wonderful engineers, Jay and Robert that I work with. Without them, none of this would be possible, so thank you everyone. Also big thanks to Christine, Diamond and Sweetie’s ‘mum’ – she is the most lovely and caring lady and it has been our absolute pleasure to serve you and your animal family Chris. Long may you go on sharing the love with the animal kingdom and caring as passionately as you do. Thank you for sharing that love with us. 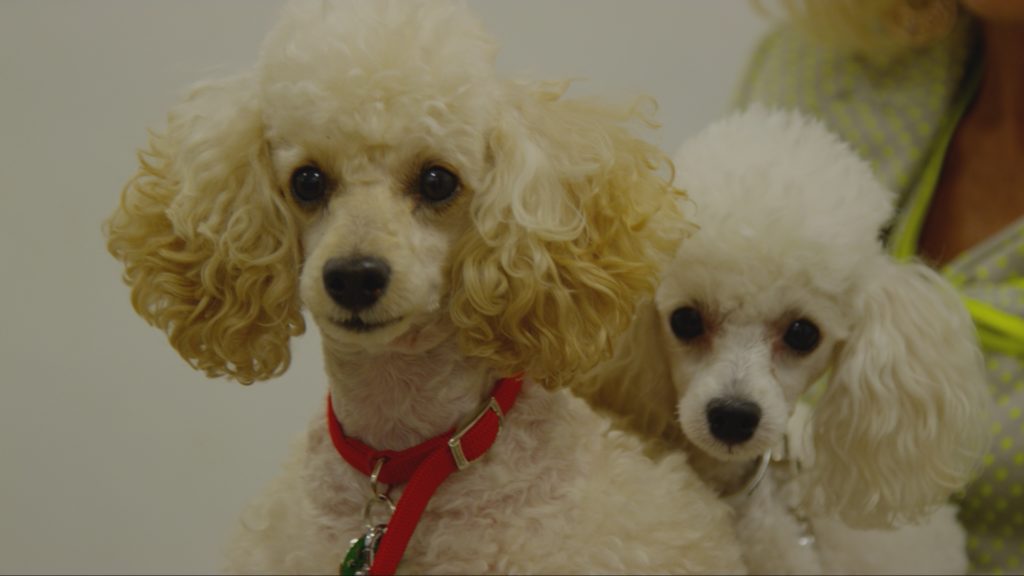