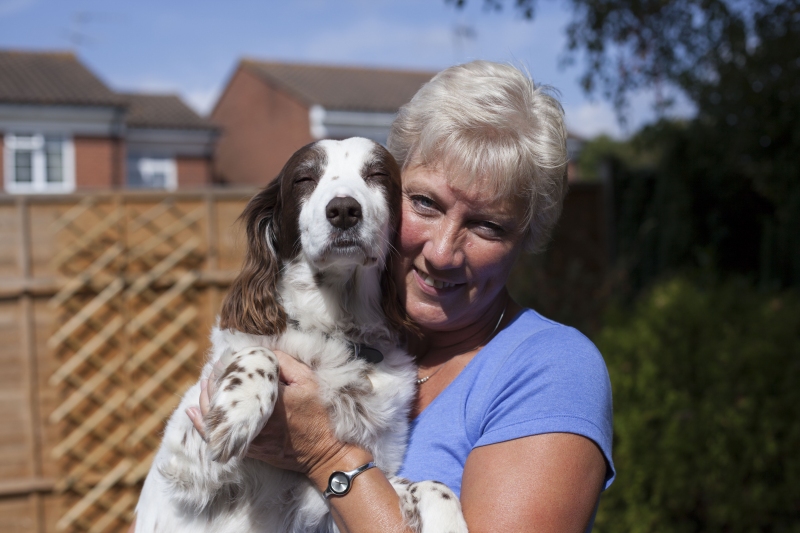 Flossie recovering with her owner at home.

Flossie arrived at Fitzpatrick Referrals as an emergency having lost the ability to move her hind legs. It was clear from her clinical exam that there was something serious happening with her spine as the electrical signals from her brain were not effectively communicating with her back legs.

We anaesthetised Flossie and rushed her to the MRI scanner to obtain detailed scans of her spinal cord. As the scans progressed Flossie’s heart rate was steadily climbing and her breathing was becoming more and more laboured. The MRI scan revealed a rapidly developing issue within Flossie’s abdomen as well as an issue with her spinal cord.

There was a dangerous build-up of gas and fluid forming within Flossie’s stomach which was compressing her diaphragm and the major blood vessels in her stomach. This is described as a gastric dilation and unless identified quickly this condition can have devastating consequences for the patient. The MRI image shows the three distinct layers of air, fluid and food within her stomach compressing Flossie’s her abdomen. 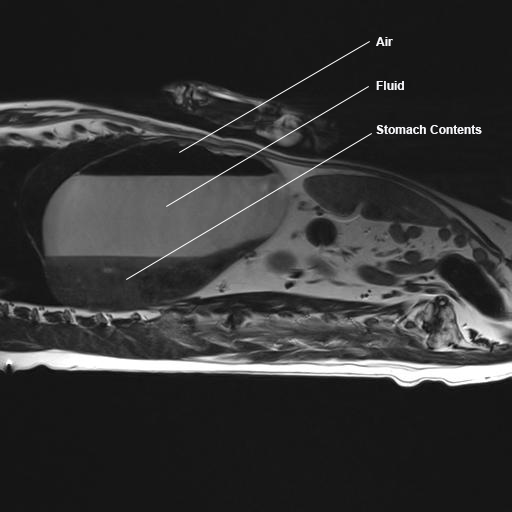 Noel rushed Flossie from the MRI scanner to the prep area and quickly passed a tube into Flossie’s stomach to allow the fluid and gas to escape. One emergency overcome the next thing to deal with was Flossie’s spinal issue. One of the discs between Flossie’s back bones had exploded and was squashing the spinal cord hence stopping the effective transmission of electrical signals from the brain to the hind legs.

After careful consideration Flossie underwent spinal surgery to remove the spinal cord compression. Intensive rehabilitation is vital after spinal surgery and Flossie started her rehabilitation program the day after surgery. Our team of five physiotherapists got to work getting Flossie back on her feet. 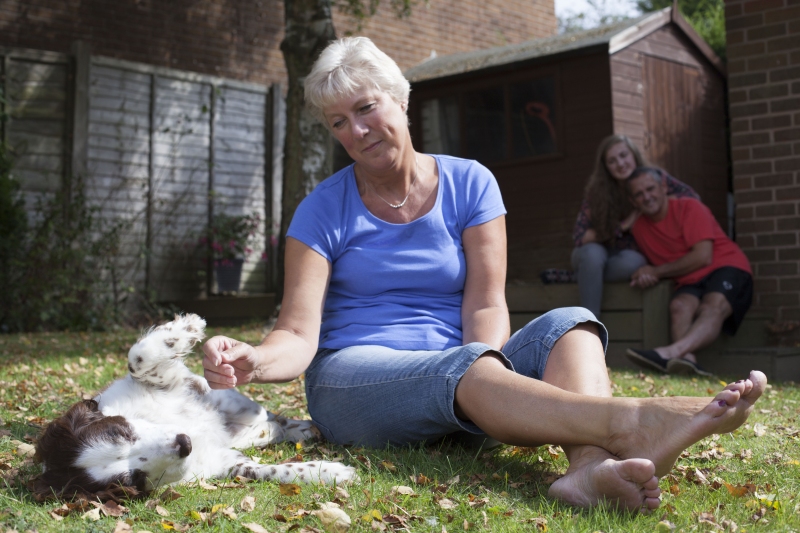 Flossie is so happy to be back home on the road to recovery!

You can learn more about acute spinal disease in dogs on our website.