Jorgen has driven all the way from Switzerland to Fitzpatrick Referrals in the hope of a successful treatment for his best friend, 10 year old Chihuahua Frynse. Frynse has been lame for some time, but when Noel and his team examine him they find another problem which comes as a crushing blow to Jorgen. 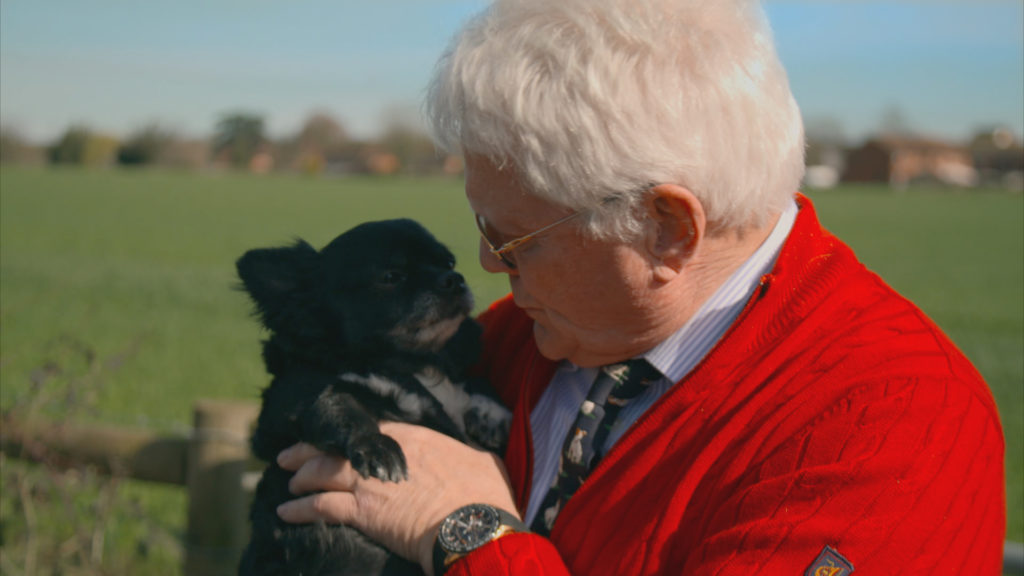 When Frynse developed a limp, Jorgen’s primary care vet in Switzerland recommended a specialist review to investigate the cause of the problem. Frynse was struggling to walk and over the previous months Jorgen was having to carry him around as the pain was so great. Wanting to find out what could be done to help his best friend, Jorgen didn’t hesitate in making the long journey to Surrey and Fitzpatrick Referrals to provide Frynse with the best possible care.

Frynse and Jorgen were seen by Professor Noel Fitzpatrick. The first thing Noel needed to do was conduct a physical examination of Frynse, which revealed possible discomfort associated with either the shoulder or the elbow of both front legs.  Unfortunately, Noel discovered something Jorgen did not expect; an undiagnosed heart murmur. Fitzpatrick’s Anaesthetist colleague Diego also had a look at Frynse and confirmed that it would be too great a risk to do the required advanced imaging and sedate Frynse without investigating the significance of the heart murmur first with a cardiologist. 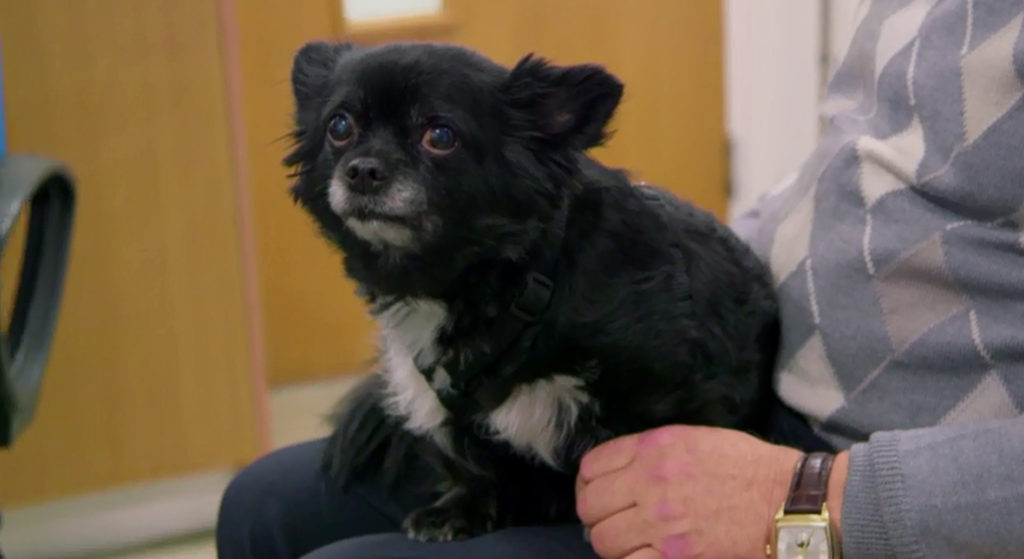 The cardiologist diagnosed Frynse with endocardiosis – a degeneration of the heart valves. Frynse had six weeks of medical management for his lameness so that his heart condition could stabilise within that time.

I have never had anything as important in my life as him. I will do what has to be done for his sake – Jorgen

Six weeks later Jorgen and Frynse returned to see Noel. Upon re-examination Diego was satisfied that Fynse’s heart was strong enough to survive general anaesthesia, and recommended continuing with the lameness investigations. Jorgen had the peace of mind that even if something went wrong, he was doing the best thing for his friend.

Radiography and CT scans confirmed what Noel suspected, Frynse had bilateral elbow and bilateral shoulder osteoarthritis, a degenerative disease of the joints where the cartilage lining erodes over time. Noel needed to perform an arthroscopy (keyhole surgery) to get a full picture of what exactly was going on in Frynse’s elbows. Throughout the procedure, Diego remained close at hand to monitor Frynse and ensure his heart condition was kept stable. 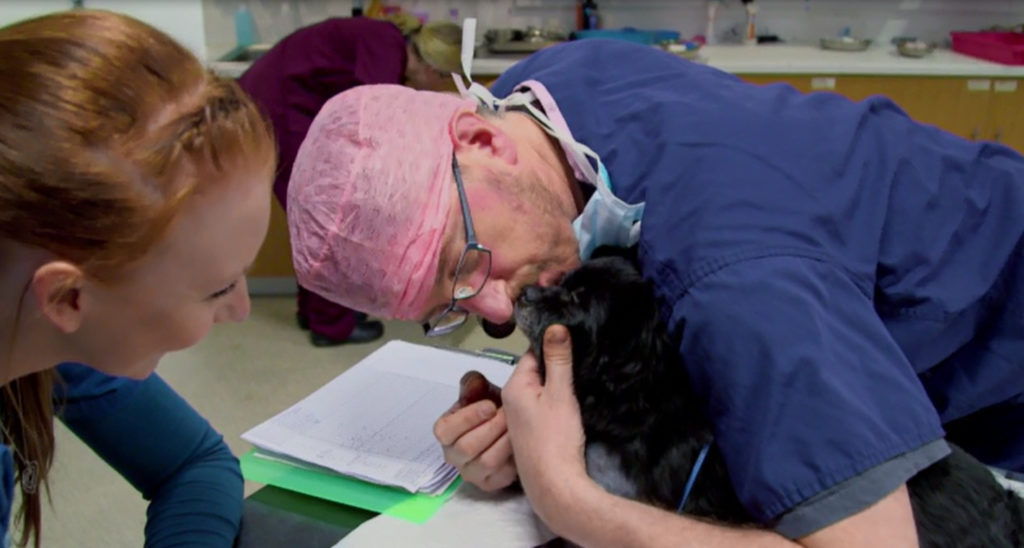 Arthroscopy revealed areas of full thickness cartilage erosion meaning that there was continuous rubbing of the bones in the elbow (ulna and humerus specifically) against each other. On both elbows Noel found that part of the ulna was fragmented so the fragments were removed to stop them causing pain like a “stone in a shoe”. However it was clear that sadly this would not completely resolve the issue. Noel also cut a branch of the bicep tendon too in order to stop it acting like a pulley on the ulna so as to reduce some of the pain associated with the bone-on-bone rubbing and abrasion.

These procedures would help to make Frynse more comfortable, but they would not be able to cure existing arthrosis and the pain associated with that.  To treat ongoing pain Noel injected steroid and anti-inflammatory drugs into the elbows and shoulders and prescribed oral medications.

While the longer term prognosis was guarded in the sense that the arthrosis could not be cured, the surgery alleviated Frynse’s discomfort and Noel was optimistic that his pain could be controlled to the point that quality of life could be maintained.

A relieved Jorgen was reassured knowing that he had done all he could for Frynse to ensure he was not in great pain in his old age. He was prepared for the day that would inevitably come when he would have to say goodbye, comforted in the knowledge that he had done everything he could for the friend that had given him so much in return. 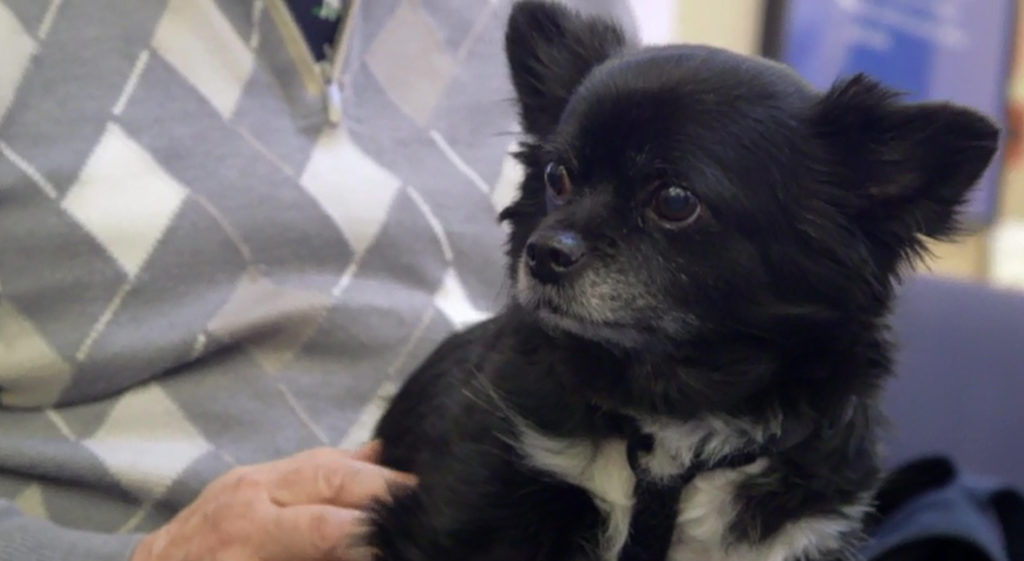