Tiny 7 week old Gucci is a Pomeranian puppy brought in by Amber and her 2 children. Having only had Gucci for 48 hours she had jumped a little too enthusiastically and broken her paw. 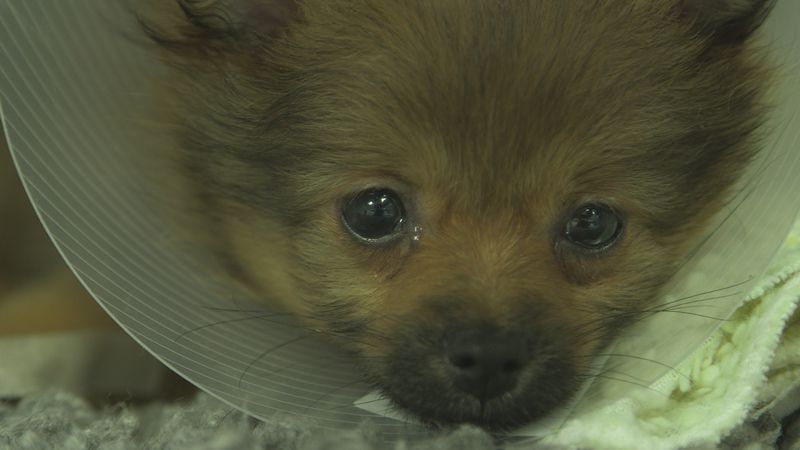 Noel will have to perform very delicate surgery on little Gucci, so she can return home to her new family and try to start again but that’s not the end of her adventurous mishaps… Along the way Gucci gets herself into all sorts of mischief, and has Noel resorting to using a puppy nappy!

Gucci is a young 8 month old female Pomeranian who was brought to Fitzpatrick Referrals for fractures of all four of the toes on her right foreleg (metacarpals).

Gucci was so small (she weighed just 3 pounds!) she presented an even greater challenge to the team. All of the usual size pins were too large, so in order to get around the problem, hypodermic needles had to be used to pin each of the little broken bones back straight again.

These needles were then curled forward and into a ball of epoxy resin to secure them in position, which is called a SPIDER (secured pin intramedullary dorsal epoxy resin) frame.  It also happens to look like the legs of a spider on an x-ray picture.

Gucci stayed with us for a couple of days in our small dog ward with round the clock dedicated care of our nursing staff, and was discharged home with instructions of strict cage rest so that her bones could be given the very best chance of healing properly.

While being treated for her broken toes, further investigation revealed that Gucci also had the additional problem of bilateral medially luxating patellas which resulted in lameness affecting both back legs.

Luxating patellas are usually due to a developmental deformity (during growth) that causes the bones and muscles in the back legs to grow out of alignment, such that the patella (kneecap) is pulled toward the inside of the knee.  These were repaired at the same time about two weeks after her fracture repair and the frame on her right front foot was also removed. She stayed in the hospital until she was able to walk around independently and comfortably.

Gucci is now 6 months out from surgery and reportedly doing very well at home! 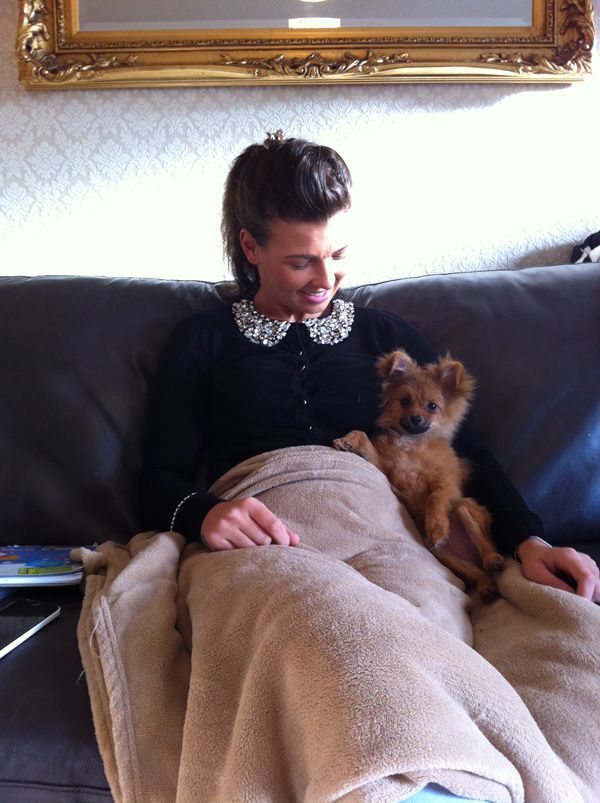 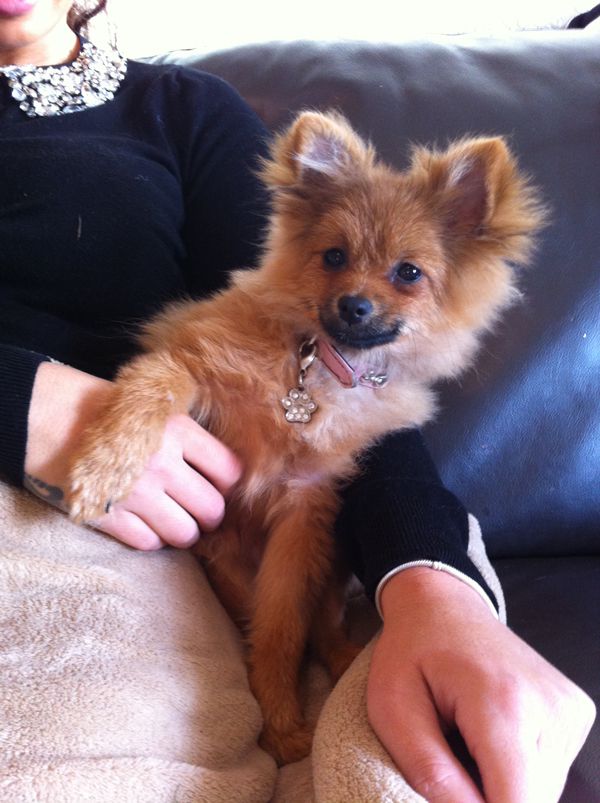