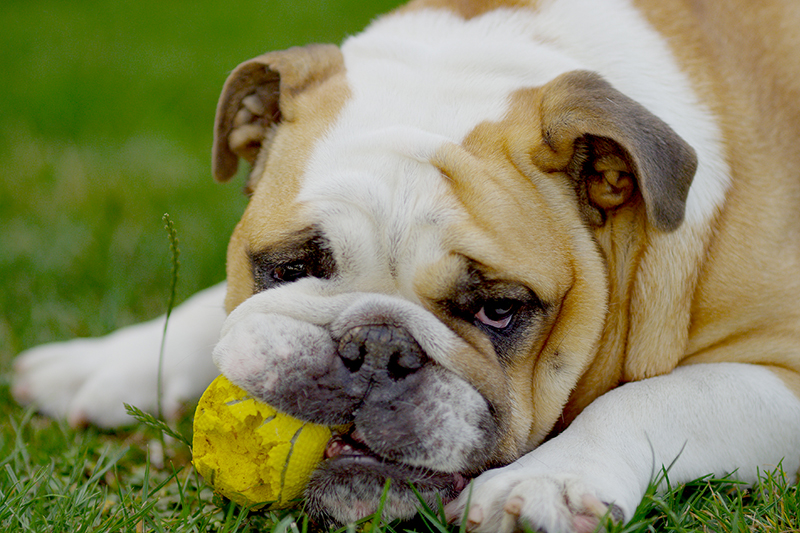 The beautiful Lois sunning herself in the garden!

Lois, a stout and happy 6-year old Bulldog enjoys the finer things in life and her owners Donna and Keir have been indulging her since the day they got her. Lois has her own cosmetics drawer at home and has a luxurious diet of Camembert and ice lollies!

Lois first visited Fitzpatrick Referrals back in 2011 when she developed a lameness in her left hind limb which was caused by a rupture of the cranial cruciate ligament in her knee. She underwent a surgery called a Tibial Plateau Levelling Osteotomy (TPLO)  and recovered well from the surgery. Two years later Lois was back suffering from a similar injury in her right stifle and underwent a further TPLO which she also quickly bounced back from. X-ray pictures from Lois’s 2011 and 2013 surgery can be found at the bottom of this article. 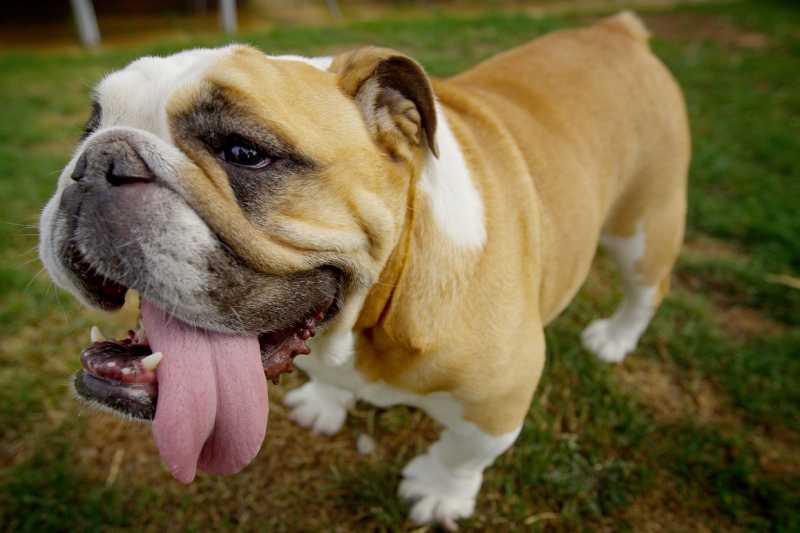 When Lois returned again to Fitzpatrick Referrals in 2014, Lois was once again exhibiting intermittent lameness of her right hind leg. To attempt to avoid further surgery Lois was prescribed a strict diet and a intensive exercise regime.