Heather brings in her much loved Hungarian Vizsla, Mack, with a bone and cartilage disorder. When scans reveal deep holes and rupture of his cruciate ligaments in both knee joints, Noel attempts a technique he has never tried before, inserting a partial knee replacement using a 3D printed implant, the first of its kind in the world.  The pressure is on as Noel ventures into new territory to offer Mack a pain-free future.

Puppy Mack should have had his family running after him trying to keep up with his endless energy as he bounded around causing mayhem and mischief. However, this young dog and his loving family were dealt a devastating blow when at just six months old, Mack was diagnosed with osteochondritis dissecans (OCD), a joint disorder in which cracks form in the articular cartilage and the underlying bone and causes pain. This prevented Mack from being able to run and play as a young dog should. CT scans of both stifles that had already been taken by his family vet revealed a deep lesion (hole) in both of Mack’s knee joints.  The lesions were so large that it was deemed not possible to treat them with traditional methods and so physiotherapy and hydrotherapy was recommended while Mack grew up, at which time they could consider a total knee replacement. However, after just a few weeks, Mack continued to deteriorate and his family were troubled to see Mack suffering when he should have been a healthy and happy Vizsla puppy.

Heather wanted more options, and so Mack was referred to Fitzpatrick Referrals and Professor Noel Fitzpatrick for a further assessment. Heather was hopeful that Noel could provide the solutions for Mack they so desperately sought to help him live a pain-free and full life. A physical examination conducted by Noel confirmed Heathers greatest fear – that due to his condition Mack wasn’t experiencing a good enough quality of life.

Agreeing that something had to be done about this as soon as possible, Mack was taken to the operating theatre for stifle arthroscopy (keyhole surgery) to review the existing damage to the joint surfaces, cruciate ligaments and menisci (a thin fibrous cartilage between the surfaces of the knee joint) to determine what options might be available for Mack. 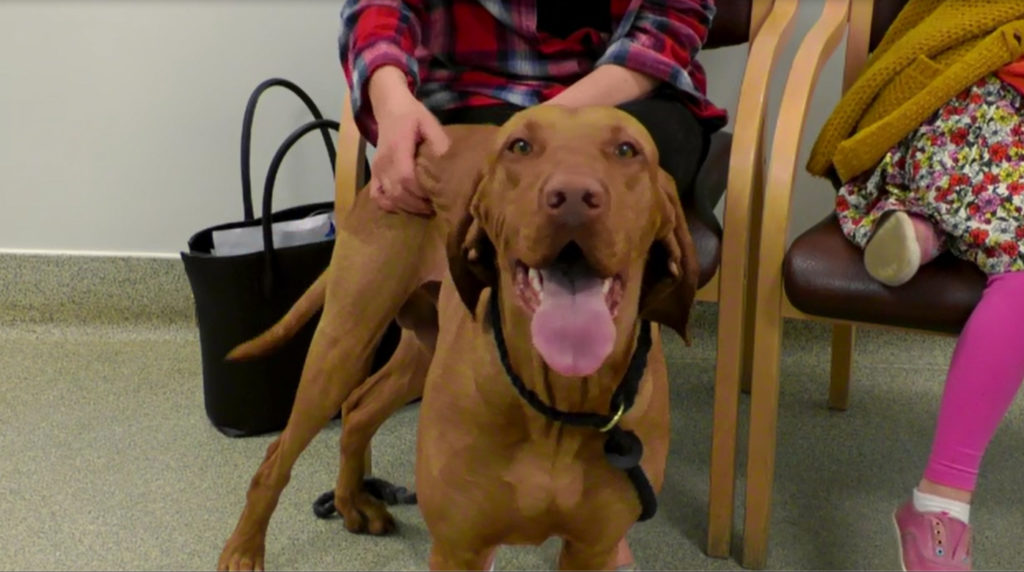 Noel found that Mack’s cranial cruciate ligament was almost completely ruptured on the right side and significantly impaired on the left.  The joint surfaces opposite the lesions had some abrasive damage but Noel was optimistic that it would be salvageable and therefore total knee replacement would not be necessary at this stage. 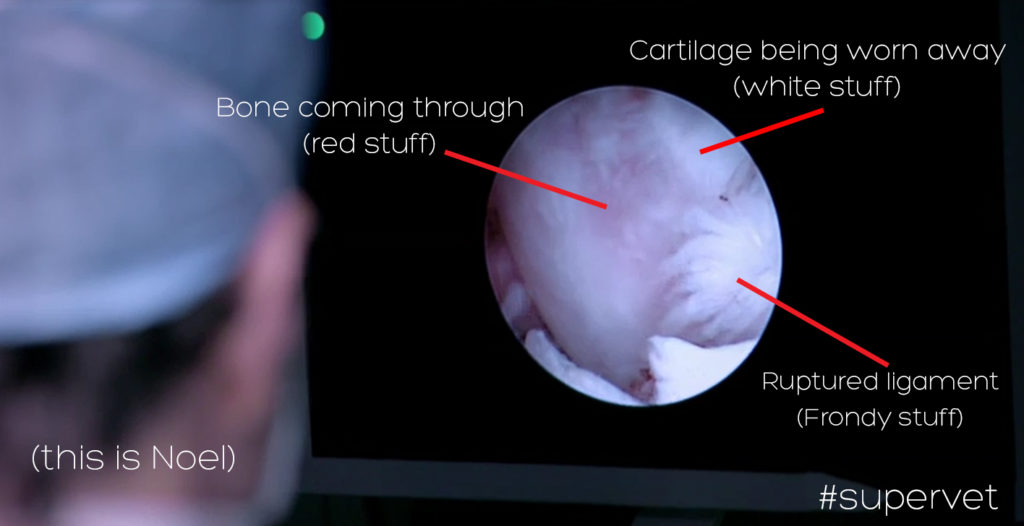 Noel suggested designing a custom implant using new 3D printing technology to replace the damaged half of Mack’s joint surface, rather than remove the healthy tissue like a total knee replacement would.  Noel would need to work closely with medical engineering colleagues to design a first of its kind uni-compartmental knee replacement.  In addition to this, Mack also had problems with his cruciate ligaments, so surgery would need to be performed simultaneously with a procedure called a tibial plateau-levelling osteotomy (TPLO), a routine procedure at Fitzpatrick Referrals that stabilises the knee joint.

Together, Noel and Heather discussed the various options for Mack including the custom made partial knee replacement. Heather decided to go ahead, as it was in Mack’s best interests, and put her faith in Noel and the rest of the Fitzpatrick team. The final custom implants comprised a titanium base with two pegs coated in hydroxyapatite for bone on-growth so that the implant would permanently become part of Mack’s body and a PEEK™ (polyethylethyl ketone) cap.  The cap completely filled the hole in the joint and was designed to contour perfectly with Mack’s joint surface.

On the day of the surgery Noel was pleased to find that on Mack’s right stifle the OCD lesion had filled in with fibrocartilage, having cleaned it up arthroscopically and so only the TPLO was required.  On the left side however, the lesion had advanced and so the custom surgery went ahead as planned along with a second TPLO.

Noel has done over 3,500 cruciate ligament surgeries in his career but this was his first time doing so with a custom made implant to resurface the femur bone at the same time.

After a few days at the practice recovering under the watchful eye of Noel and the dedicated team of auxiliaries and nurses, Mack was walking well and was able to go home to continue his recovery.  Heather and her family were instructed to confine Mack while he healed, a challenge for the energetic Mack! The family had to come up with novel ways to keep Mack stimulated without exercise, including homemade dog-friendly treat puzzles.

Mack returned to Fitzpatrick Referrals 12 weeks later for his recheck, and the Fitzpatrick team were delighted with what they saw. Radiography and CT scans showed that the implant was secure and there was evidence of progressive bone growth. There was still a way to go to physically rehabilitate Mack – physiotherapy and hydrotherapy remained integral to his full recovery, but the family were thrilled that their bouncy pup was on the road to recovery and would in time be able to fully grow into the dog he was born to be, a happy and slightly crazy member of their family! 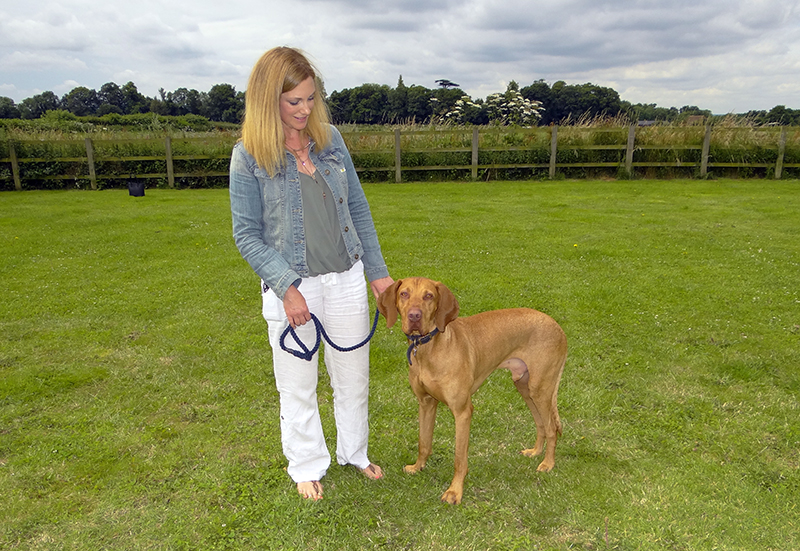