Cockapoo puppy Maya is rushed into Fitzpatrick Referrals after being hit by a car. Her leg is badly damaged leaving much of the skin dead, so Professor Noel Fitzpatrick has to embark on a series of operations including a skin graft where her leg is sewn into her stomach in an attempt to grow new skin around the wound. Holly and Will face an anxious wait as they are parted from their furry baby for the first time. 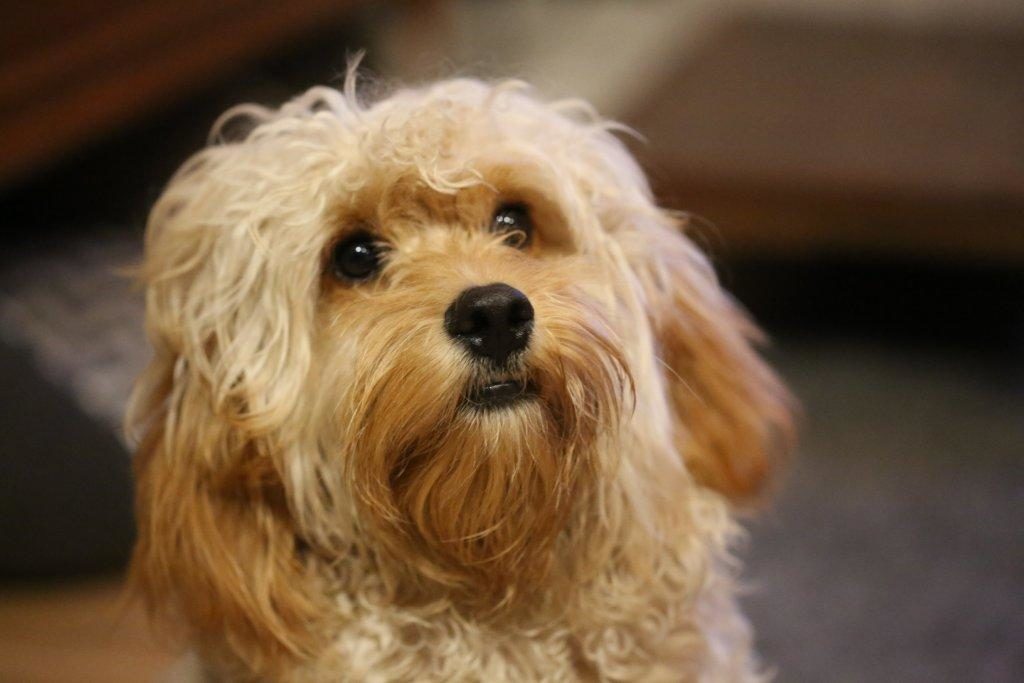 Road traffic accidents are among the most common emergency referrals that Fitzpatrick Referrals sees, and when a dog or a cat is hit by a car, the results can be absolutely catastrophic.

When Maya arrived at the clinic, Noel immediately took her through to look closer at what they were facing. He soon realised that the situation was far worse than they anticipated. A significant portion of soft tissue on Maya’s leg had been lost, including the Achilles tendon, which had been pulled away from the bone leaving nothing left to attach it back to.  The most immediate issue was that there was only one tiny segment of skin still attached. Noel had two options to offer Holly and Will, either they could amputate the leg completely, or try for a few days to see how much tissue could be salvaged to help heal the wound.

After much discussion, Holly and Will decided to try to save Maya’s leg and give their young, happy puppy a fighting chance. Noel and the team quickly set to work and, after cleaning the area thoroughly, Noel stitched what skin remained back to the underlying tissue in order to preserve its blood supply. The next few days would be critical.  If Noel was not able to save enough of the remaining tissue, Maya could still lose her leg. 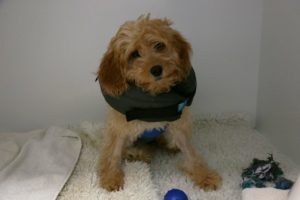 Maya remained at the clinic so the team could watch over her progress closely. Over ten days Noel was able to repair the damage to her tendons, but she had lost over 80% of the skin on her foot. In order for the team to have any chance of saving her leg, she was going to need a specialist skin graft, so Noel referred Maya to his Oncology and Soft Tissue hospital to get help from fellow surgeon Dr Laurent Findji.

The best option was to perform a marsupial skin flap, so named for the pocket of skin it makes on the animals side. Rather than bringing the skin to the wound, the principal of the surgery is to instead bring the wound to the skin.  Laurent marked on the skin of Maya’s chest and abdomen in a special pen to mark how much would be required to cover her foot.  Once in surgery he cut along two sides of the marked lines and passed her injured foot, wrapped in a sterile glove, through the tunnel of skin and stitched it in place.

It was hoped that, in time, the skin from her side would adhere to the exposed soft tissue of the paw and create new blood vessel pathways until it could be gradually removed.  After three weeks the skin was adhered enough to the foot to begin the next stage and so, every few days, a bit of skin from the chest, newly attached to the paw, was cut away from the chest using an electric scalpel.  The slow pace of the procedure was to encourage new blood vessel pathways to form on the foot and stop them relying on the supply from the chest wall, if it was done too quickly then the new skin covering the foot could die.  Finally, the paw could be entirely removed from the chest and the large wound left on her side was easily closed.

Following a period of recovery, Noel repaired the damage to her ankle using metal plates into Maya’s foot to hold it in its new position.

One week later, Maya was finally well enough to go home with an excited Holly and Will. Maya was now six months old, and had grown to almost twice the size during her time at the clinic!

Three months on and Maya is loving life at home, running around the park and getting on with her life as she was meant to, the best reminder that the journey to get her there was worthwhile.