MK terrorises the Kwint household! This sparky cat has been nothing but trouble since Lizzie rescued him. Constantly getting into scrapes, falling from windows and needing endless operations to fix him, MK hasn’t had the best luck 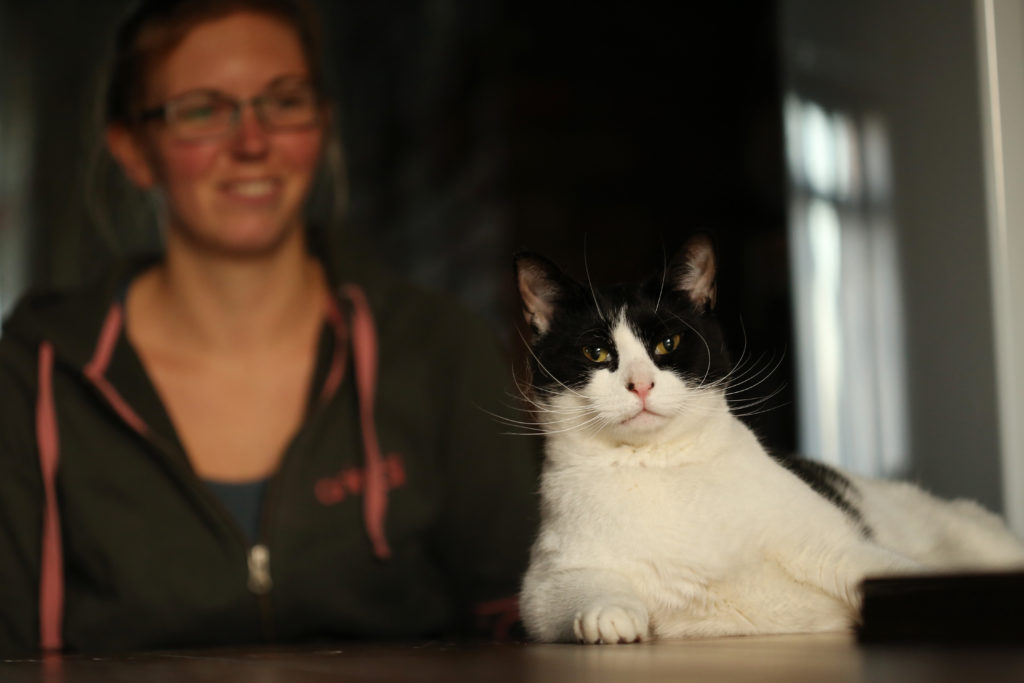 One fortunate thing for MK is that Lizzie and her husband are both successful vets with their own practices, but not even they could put MK back together again when he fell out of a window for the second time damaging both of his knees.

Lizzie brought MK to see Professor Noel Fitzpatrick as he is the only surgeon in the UK who manufactures and implants customised knee replacements for cats based on CT scans for each individual patient. Lizzie has never had to refer a patient to Fitzpatrick Referrals as she’s always managed to perform the surgery herself, so this was an eye opening experience for her.

During the consult, Noel and Lizzie discussed the options MK faced. Lizzie is certain that MK would not be happy with a life on three legs so feels a joint replacement implant in the knee would likely be the best option for him. However MK has had an infection in that same joint after previous surgery, which presented a higher risk when returning with further surgery. To find out if the replacement is necessary, MK needs CT scans to see the extent of the damage.

Noel determined that the knee joint was in a better state than they had feared and fortunately, Noel was able to operate on him that same day. MK’s kneecap was unstable and out of place – that was the main problem he faced.

During the surgery Noel was able to adjust the shape of MK’s knee so that the kneecap would fit correctly in the groove where it was supposed to. The surface of the groove was removed, a new groove was cut and the surface was recessed back into it to provide a new gliding surface for the kneecap. Then the tissues were tightened to keep it in place. MK stayed at Fitzpatrick’s for close observation to make sure the infection in his knee did not return.

During his recovery MK underwent a course of Hydrotherapy on the Underwater Treadmill to strengthen his knee, and thankfully for MK the infection did not return. After a few weeks was ready to go home and was walking happily without pain.

Lizzie decided to move to an MK proof house so hopefully no more accidents!

Live long and be happy MK! 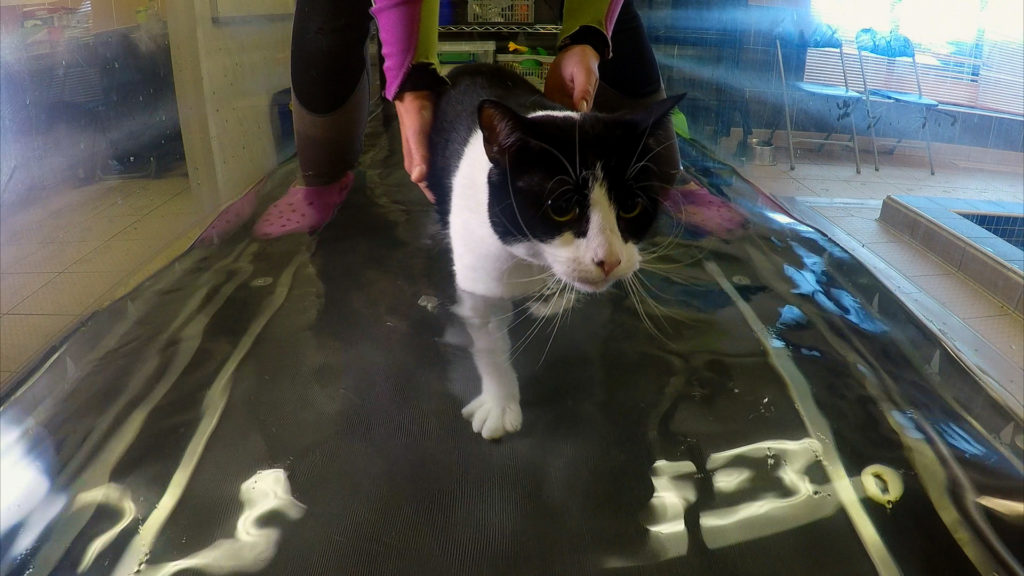