Nine year old King Charles Cavalier Molly lives with Tania and Graham. Molly suffers from Chiari Malformation and Syringomyelia, which are lifelong conditions affecting the brain, spinal cord and protective cerebrospinal fluid that flows around them.  Molly is a regular patient at Fitzpatrick Referrals and Tania has even set up a charity and forum to offer advice and support for other families with Cavaliers who suffer from the same condition.  Tania was worried about a small bony lump that had appeared on Molly’s head and so she immediately sought the help of Dr Clare Rusbridge who knows Tania and Molly well. 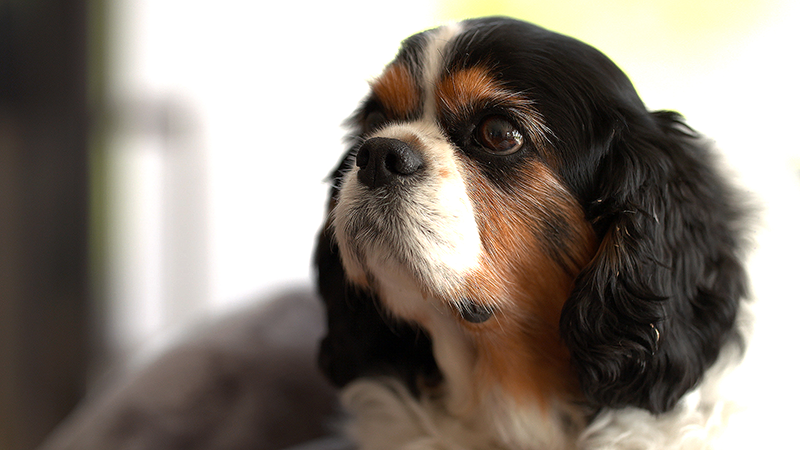 Clare thoroughly examined Molly and immediately admitted her to hospital for a CT scan of her skull.  Unfortunately the CT scan showed the presence of a tumour, which had rapidly grown, was invading the skull and pressing on the brain.  Following a discussion with Professor Noel Fitzpatrick, both surgeons decided that surgical removal was Molly’s best option and that a titanium mesh reconstruction of the skull would be necessary. Together they spoke to Tania who agreed and so a surgery date was booked and a comprehensive team of professionals was assembled.

Prior to Molly’s surgery Noel met with bioengineering colleagues from the human field to discuss designing a custom-made implant for Molly. He also called a meeting with the clinical team at Fitzpatrick Referrals who would be overseeing Molly’s peri-operative anaesthetic and medical care.  These meetings were vital to ensure consistent, optimal care for Molly across all the disciplines involved in her journey to a successful recovery.

The bioengineers created a 3D model of Molly’s skull from her CT scan which enabled them to design both a template and the actual 3D printed implant which would perfectly conform to Molly’s skull.  Using the template Noel removed the portion of skull containing the tumour using an ultrasonic cutter, a tool which doesn’t generate heat – to avoid damaging the sensitive brain tissue.  The titanium mesh implant fit perfectly into the gap and was secured to the remaining skull with plastic rivets. These special rivets meant that there would be no risk of damaging the underlying structures with screws and no risk of later screw loosening in the very thin bone of the skull.

Previous to the advent of 3D printing, Noel would have had to cover the defect over the brain with moulded mesh which wouldn’t be as strong, wouldn’t be as well matched to the complex topography of Molly’s skull and would be a more risky procedure. This was the first time Noel had used a custom-designed implant in this location and bonded in this way to the skull.

Molly made it through the anaesthetic but the critical period was the first 48 hours and so she was closely monitored by the nursing team for signs of brain swelling, haemorrhage or other complication. Thankfully she did very well and was able to go home just three days after surgery.  The tumour was sent off to a laboratory for analysis and five days later was confirmed to be a low-grade multi-lobular osteochondrosarcoma, which has a good survival time and doesn’t require chemotherapy. This tumour can grow to a very large size and ultimately would likely have resulted in severe pressure on Molly’s brain, necessitating euthanasia, but when completely cut out, typically there’s a good prognosis.

Twelve weeks on Molly had recovered well from her surgery, and Tania is very pleased with her progress as she shows no signs of pain or tumour recurrence. The team that worked so hard to protect and ensure her recovery are also delighted to see this lovely little dog thrive thanks to the incredible application of modern technology that has saved her life.  Noel describes this surgery as a seismic shift of human medicine and veterinary medicine working together – a vision that is very close to him and that he has dedicated his life to raising awareness for – the concept of One Medicine. 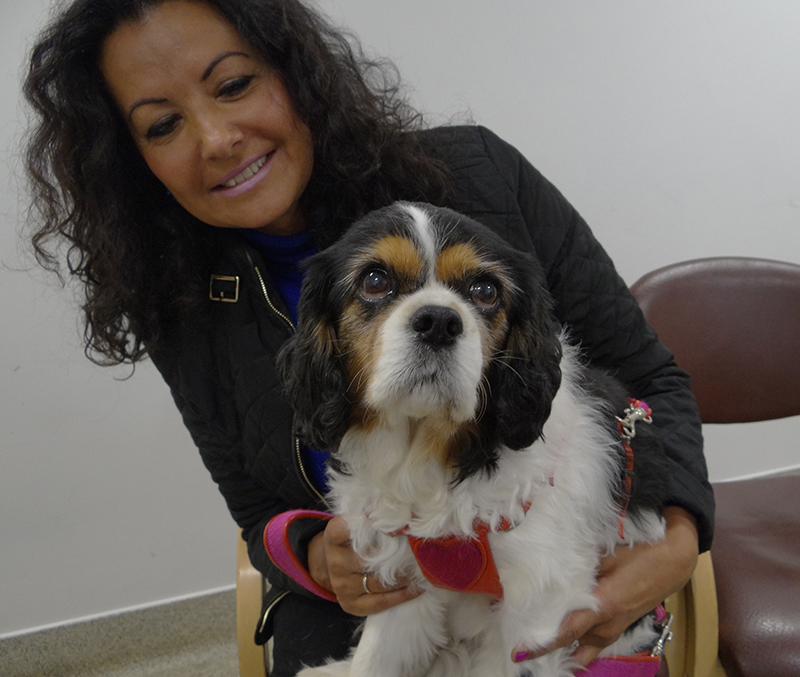