Obi was a wonderful, four month old Labrador puppy when he first came to see Noel at Fitzpatrick Referrals.  Obi became part of a family and the friend of a little boy who had some emotional issues.  Six year old Luke has Asperger’s syndrome.  He is a wonderful, bright and friendly boy who is fantastically insightful, clever and creative.

However, sometimes he becomes scared and agitated, especially with strangers and in new situations.  His mum Sam had looked into how animal companions can benefit people with learning difficulties and socialisation challenges.  Obi came into Luke’s family, became his firm companion and began to help him through the bad times when he felt angry or frightened.  Their friendship blossomed and they became devoted companions, working as a team; playing together whatever the weather.  Obi didn’t mind if Luke was shouting or angry and leant a comforting presence whenever Luke felt afraid. 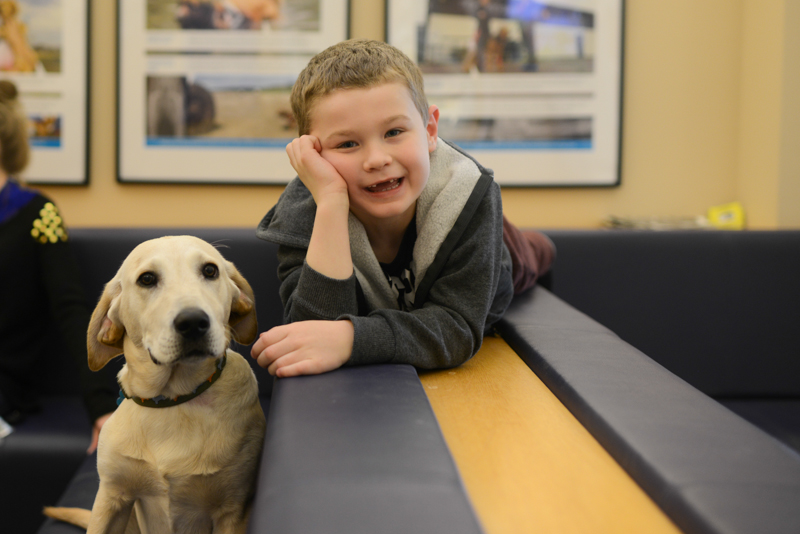 Unfortunately, at four months of age Obi developed a problem with his right shoulder.  This problem was related to a profound disruption of the shoulder articulation due to a deformity of the socket of the shoulder blade (scapula) and the head of the arm bone (humerus).

As a result his joint did not move properly, was very deformed and very painful.  It was clear to everybody at Fitzpatrick Referrals, especially Noel, that Obi was not just Luke’s best friend, but also helped Luke to make sense of a world which he often could not understand. 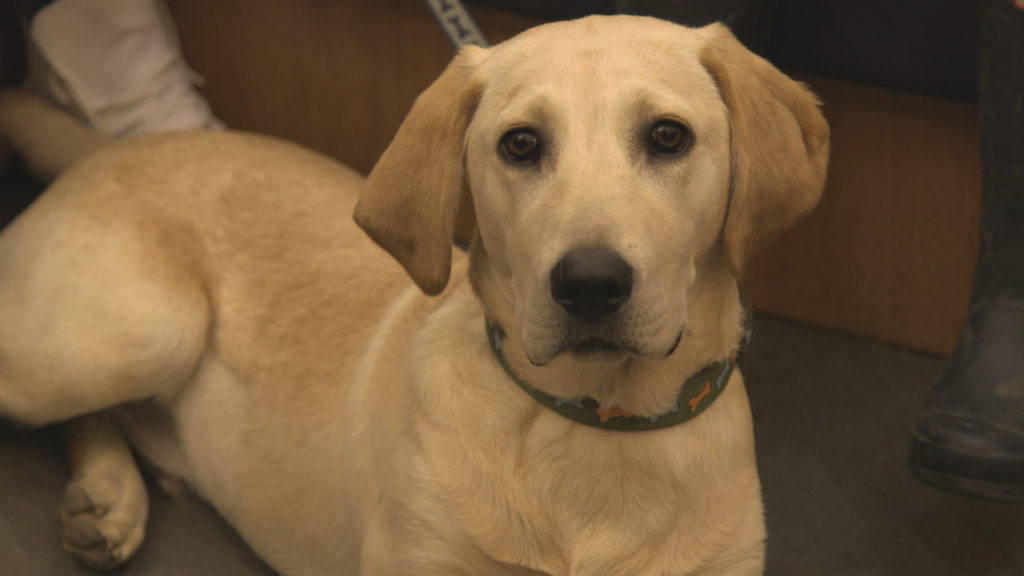 There were significant concerns regarding Luke’s relationship with Obi and how Obi would serve best as Luke’s companion if full limb amputation were performed.  Therefore, following discussion with Obi’s family, it was deemed that the best option would be to fuse the deformed joint solid, so that the shoulder blade would move up and down the side of the chest, rather than the arm bone moving within the shoulder blade.

This was achieved by removing all of the deformed cartilage and fusing the two bones together using two contoured plates and twenty-six screws.  Obi responded fantastically well to surgery and was soon on the road to recovery.

Luke had his friend back with him within two weeks of surgery and following another month of close confinement, X-ray pictures revealed satisfactory healing so that Obi could return to full function, which is just as well because sometimes Luke jumps on his back and they ‘rough and tumble’ together boisterously. 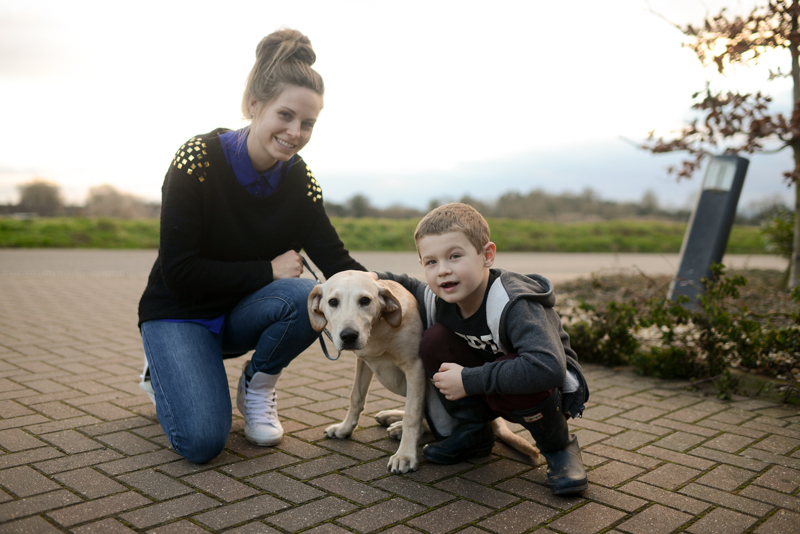 It is really quite wonderful when we get to help a dog like Obi, who is not just a cherished family member, but also serves a vital function for somebody in desperate need of a non-judgemental, constantly present, ever-joyous companion.  The bond of rejoiceful, totally unconditional love between Luke and Obi is a magnificent example of why I exist at all and why I started out in the first place to become a veterinary surgeon and that is to look after animals who give us so much and to give medicine and surgery back to animals so that they can have a good quality of life, because they give us so much more than we have ever given them, in volumes that can rarely be described, but are perfectly epitomised in this one beautiful relationship.

Luke and Obi were able to join us at DogFest this year and it was an absolute treasured moment for me when I was able to give Obi a much deserved Supervet Hero Award, to recognise the incredible journey he and his family have been on.  I hope that he and Luke will go on to live many happy years together.  I know that I speak on behalf of all of the Fitzpatrick team when we give them the biggest collective hug imaginable and thank them for showing us in the most special way how important the love between a dog and a human can be.