1 year old cat Peanut was born with deformed front legs and vets are questioning if he has any feeling in his paws at all.  Peanut was able to scamper around on his badly deformed front feet but  this had caused extensive wounds, which were constantly infected.  Peanuts owner, Denise, shows Noel a video of his outdoor adventures, which shocks him.   Peanut wants to live an outdoors life but it’s clear that he has no feeling in either front paw and because both are knuckled over he is shuffling along on the fronts of his feet rather than the pads. They are bleeding and getting infected all of the time so that Denise has to bandage him daily, and he remains in pain constantly in the tissue which still has sensation above the damaged front paws. Denise hopes that the application of bone-anchored prosthetics to both of his forearms might restore his mobility and provide a life-long solution to his problem…

Professor Noel Fitzpatrick’s concerns for Peanut were threefold; primarily the ethics of putting Peanut through this procedure when he could potentially survive being bandaged as an indoor cat – the risks of the procedure needed to be balanced against his mental desire to be outdoors and his constant attempts to do so. Secondly questioning whether there was enough healthy bone and skin to implant the prosthetics and form a closed skin barrier. Finally, the potential that Peanut had no feeling or poor blood supply in the ends of his paws that may cause him further complications.  Noel needed to tackle these three concerns before offering Denise any hope at all for Peanut.

Noel examined Peanut with the help of neurologists Colin and Anna.  Anna performed an electrodiagnostic examination, which measured the electric potential of muscles and nerves and found that there was some mild reduction in the speed of electrical transmission but that otherwise there was no evidence to support muscle or nerve cell death in the upper forelimb above where the paws were traumatised.  Colin performed a full neurological examination on Peanut with Noel, and together they concluded that a double forelimb amputation prosthesis procedure would give Peanut the best chance of a happy and normal life, running around outdoors.

Noel and his team of engineers got to work to design the bespoke implants based on the CT scans of Peanut, so that they would fit him perfectly.  Once the implants were designed, they were 3D printed and individually machined down for an exact fit and coated to encourage both bone and skin to grow onto the implants once positioned. Each implant comprised a double plate attachment to the radius and ulna, a peg into the radius, a special platform to stitch the tendons to, a special mesh to stitch the skin to and a spigot which stuck out and onto which new feet (exoprostheses) could be attached. The implants, which were invented by Noel and his team, are called PerFiTS devices (Percutaneous Fixation To the Skeleton).

Noel operated on Peanut and inserted both implants in the same surgery.  Surgery involved cutting the radius and ulna bones of the forelimb to remove the carpus (wrist) and manus (paw).  Various challenges were encountered especially on the limb with the least amount of muscle and tendon available to cover the implant. Peanut stayed in the hospital for close monitoring and care which included daily bandage changes.

The team were very pleased by how quickly Peanut had taken to his implants as he swiftly stood up on them and roamed around in his recovery kennel.  This is the first time in the world that this kind of limb amputation prosthesis has been applied to both front legs of a cat, echoing the previous work by the team several years ago on Oscar, the world’s first cat with amputation prostheses implants in both hind-limbs.

Following his intensive care, Peanut was allowed home with Denise to continue his recovery. 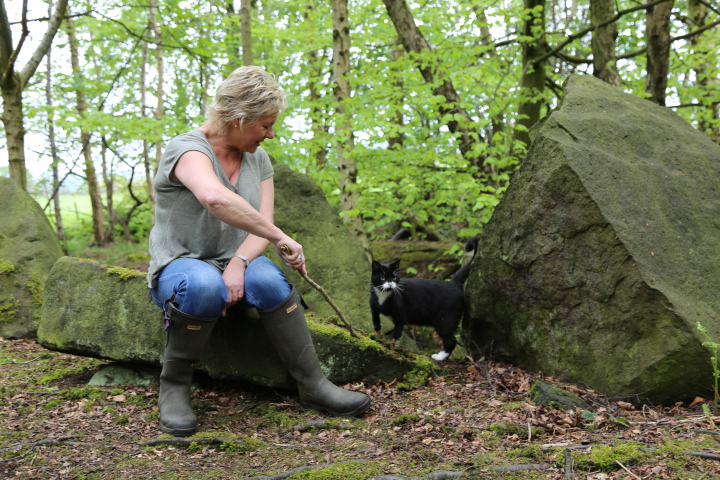 Thankfully Peanut being a determined young cat grew stronger every day. The team are delighted with how this little cat has gone from strength the strength on his new feet. There is no stopping this cat living the life of any feline adventurer on his new and revolutionary bionic limbs. 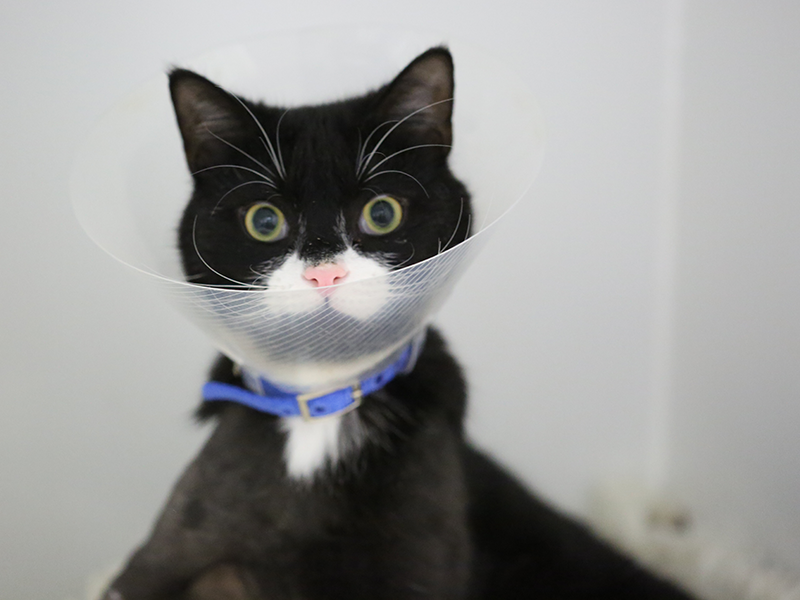