Lesley brings in her lazy Dachshund Rollo, who has deformed front legs. He needs double surgery along with extensive physiotherapy, but trying to motivate Rollo to do exercise proves a challenge! 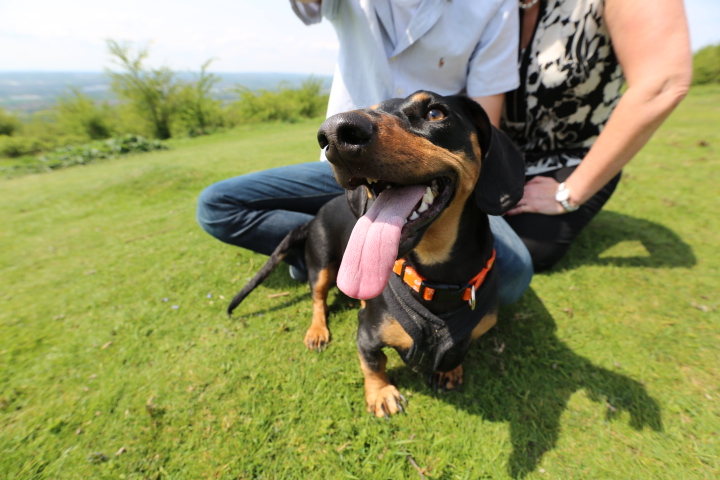 20 month old Rollo was a fortunate pup when he went to live with the Martin family. Having made a perilous journey from Europe, he was just one of many puppies that are brought into the UK every year. Travelling to a service station to pick him up, they were simply unable to leave this wonky little puppy to an uncertain fate, so they took him home.

Lesley’s primary care vet referred Rollo to Fitzpatrick Referrals to assess his wonkiness, or, as it is formally referred to, his bilateral antebrachial growth deformity. As Rollo grew the rotation of his limbs became increasingly prominent, and he was having trouble walking without collapsing.

Radiography and CT scans revealed the extent of the profound deformities affecting both of Rollo’s limbs. Professor Noel Fitzpatrick and Lesley discussed the implications of no further intervention versus corrective surgery. Lesley could not consider allowing Rollo to continue an uncertain future in pain and so it was decided to go ahead. 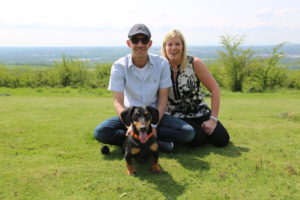 A procedure called a dome osteotomy was performed for both of Rollo’s affected legs as well as an ulnar osteotomy.  This is the process of cutting the deformed bones and realigning them, so that the adjacent joints are perfectly aligned. Noel compares it to cutting a string on a bow.  The string is the ulna and the radius is the bow.  Cut the string, release the bow.  Unfortunately the bow does not spring back into position.  By cutting it with the dome saw Noel creates a ball and socket joint that can rotate in a number of directions, and for Rollo, the straighten them in line with the elbow joint.

The procedure is a highly invasive one and Rollo was kept under cage rest for six weeks with limited exercise but increasing physiotherapy to build the strength in his newly aligned legs.

Lesley and her family worked hard with Rollo following the routine set by the Fitzpatrick Rehabilitation team (and despite his inclination to roll over and sleep!) Rollo was transformed and can now run and play without any problems. He can now partake in his favourite activity without any fear of pain or falling over – the annual sausage dog walk! 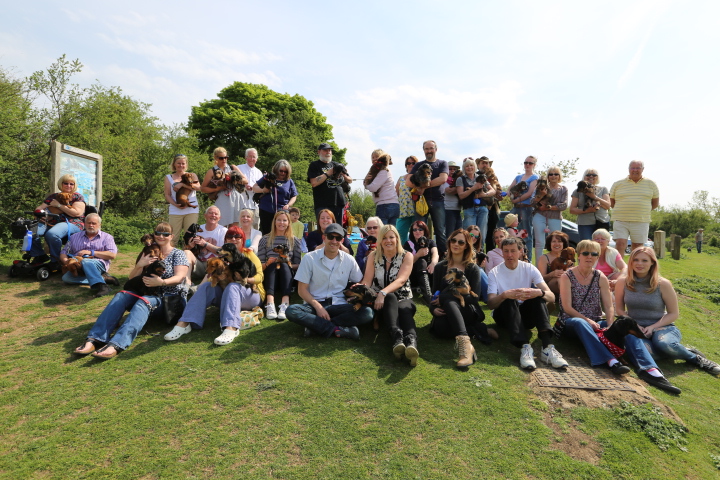