Sox is a big, lovable Great Dane who lives with his family in Kent.  When he came to see Noel at Fitzpatrick Referrals he was in a bad way…

Sox had three significant problems.  Firstly, he was in a lot of pain because a disc in his neck had become diseased for genetic reasons, was bulging and squashing nerves, producing pain.  Secondly, the bulging, degenerative disc was squashing the spinal cord, which was impairing the electrical conduction between his brain and his legs; therefore he found walking difficult and was developing a significantly wobbly gait, sometimes almost falling over when turning around.  Thirdly, he was affected by a separate problem, which is called ‘primary orthostatic tremor’.  This is a poorly understood neurological condition in Great Danes, where postural muscles tremor uncontrollably when Sox attempted to move and the tremors disappeared when he laid down. 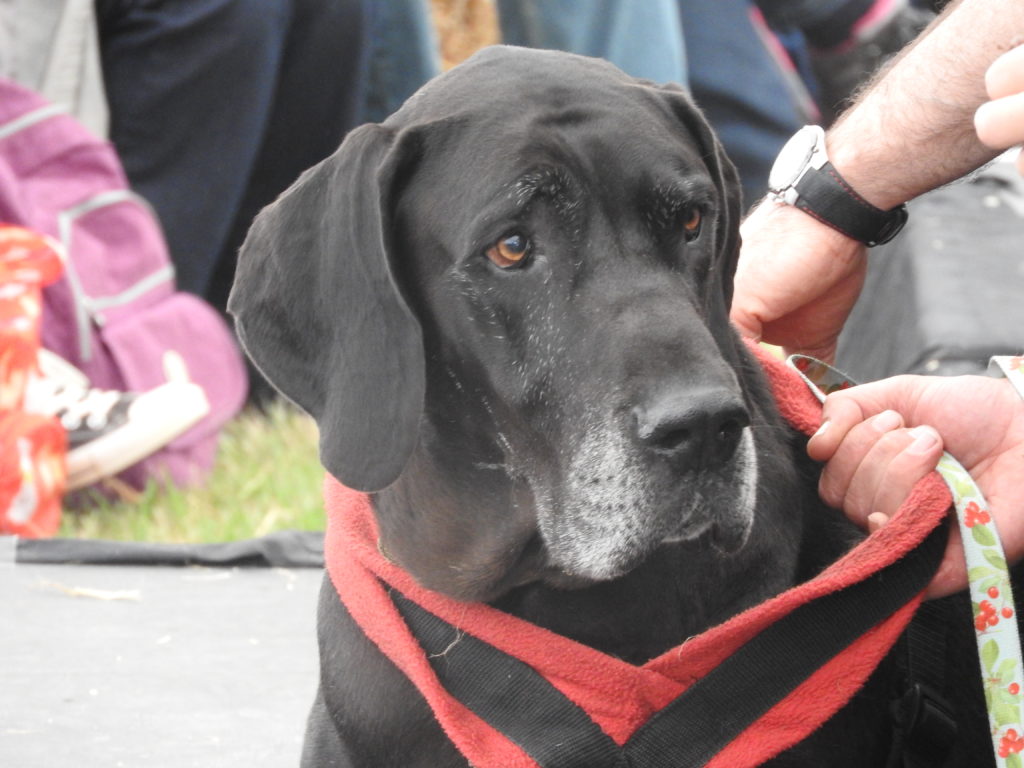 This condition often responds to medical management and it was clear that medicine would need to be provided for him indefinitely.  However, this wouldn’t resolve the pain in his neck or his progressive tendency to wobble on his back legs, which was due to the bulging disc in his neck and is sometimes called ‘Wobbler’s syndrome’. To find out more about this condition, visit the Fitzpatrick Referrals Website. 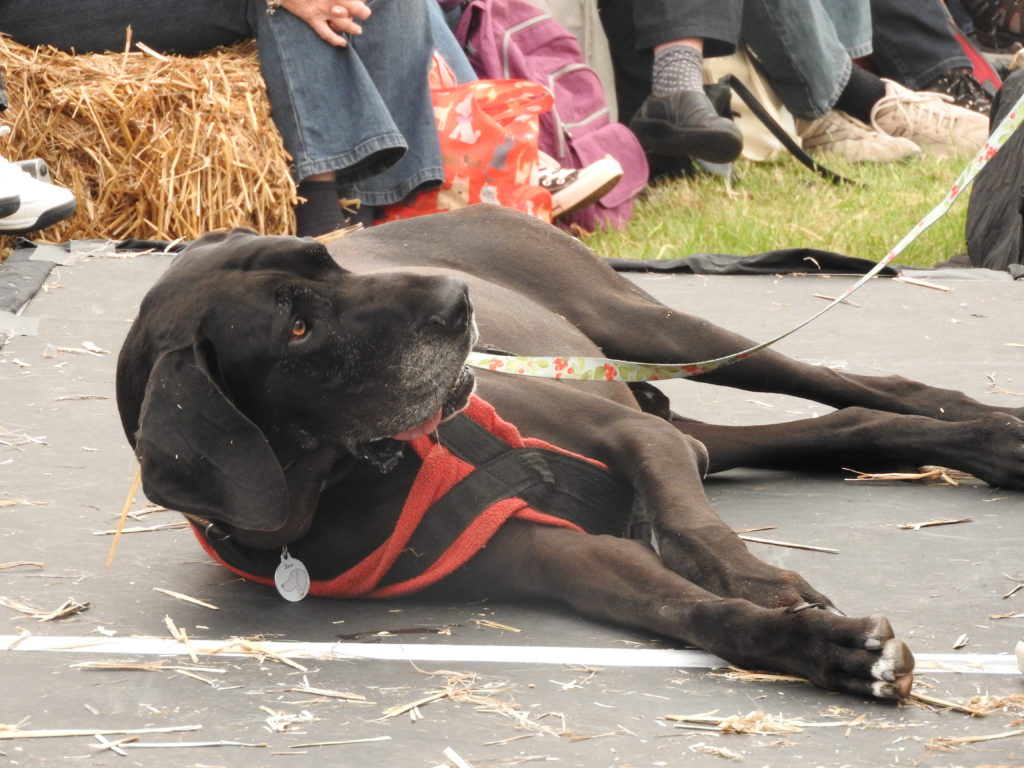 It was clear that he needed urgent help from the Fitzpatrick Referrals team to help him to get back up on his four paws without pain and with a good quality of life. 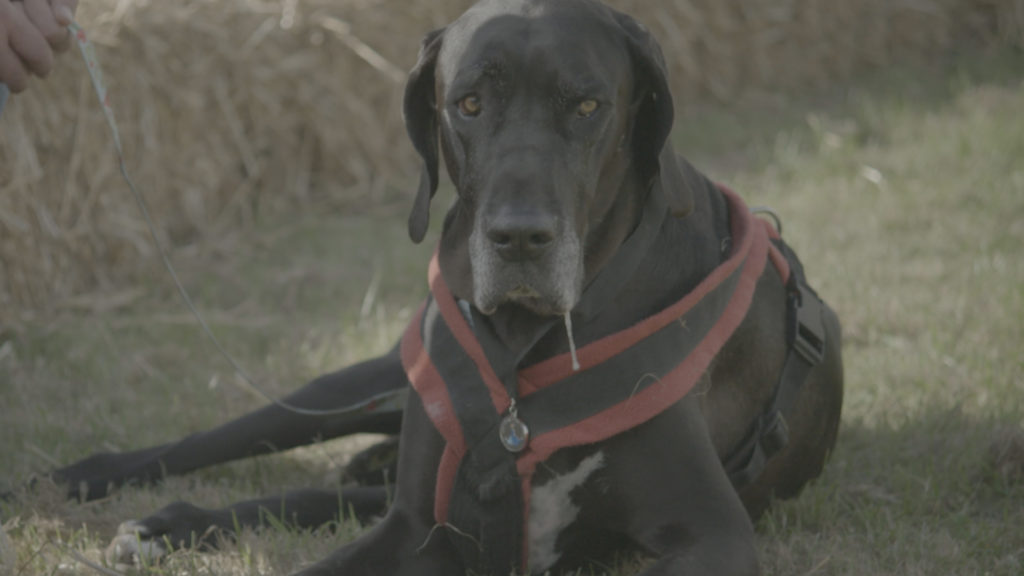 To our knowledge, he is the first Great Dane to have a custom designed, 3D printed bone ongrowth, articulating total disc replacement.  The device, which is called a ‘Fitz-disc’ has been developed over a period of several years by Noel and a team of engineers in search of bespoke solutions to unique spinal issues.  The procedure was achieved without complication and with care and support from the rehabilitation and nursing team during the first two weeks after surgery, Sox has made a wonderful recovery to the point that he now goes for a one hour walk every day.  Medicine continues for his tremors; he no longer feels pain and recent follow-up has shown that the implants continue to serve him well in terms of full function and a pain free life.

Sox is very special to me because he is a really sweet, big, cuddly dog and during the several days he spent with us after the surgery, I would go down and say goodnight to him before I went to bed and he always wrapped his paws around my hand as if to say ‘thanks for getting me out of pain’.

These are very special moments for me.  More than that, however, I am a very strong believer in the concept of one medicine.  This means that when discoveries are made that help humans, these discoveries should be shared with animals and vice versa.  For too long, I feel, animals have given their lives in the service of human beings to give implants and drugs, when those implants and drugs have not come back quickly enough to help them.

Many years ago dogs and other animals gave disc replacements to humans which are commonly in use today, so it is particularly fitting that Sox represents a new generation of animals that are receiving implants not yet available for humans and paving the way for a new era of medicine where we could truly learn from each other through cooperative medicine.  This is, I feel, the major goal of my life, to re converge human and animal medicine for the benefit of all living creatures, so when Sox was presented with his Supervet Hero Award at DogFest this year at Loseley Park, it was incredibly special for me and I hope for Sox and his family.

He is a true hero and we wish him all the very best for a wonderfully happy future.