Until a month ago, beloved five-year-old Goldendoodle Angus was at the heart of a boisterous young family and their menagerie of animals. But their happiness was shattered when out of the blue he went through a terrifying ordeal: a 20-metre fall in which he sustained irreparable nerve damage to one of his front legs and a smashed wrist on the other side. After the initial trauma, he was in significant pain and facing possible euthanasia.

Distraught mum Zoe has brought Angus to Fitzpatricks in the hope that Noel can give her other options. “To be brutally frank I think it’s a decision between euthanasia and a three-legged dog with a fused wrist,” says Noel, “because we can’t leave him as he is.”

Firstly, Noel operates to fuse Angus’ damaged wrist solid by inserting a new type of custom-made implant, which he has designed. Then, after a period of recovery at the practice, he performs amputation of the other front limb. Noel and the family hope that after a short period of recuperation, he will be able to return home.

But while Angus’ family look forward to a reunion, Noel discovers that he’s suddenly going downhill fast because of a life-threatening infection. In isolation and under constant observation and treatment, it’s a difficult wait before Zoe and her four children can find out whether Angus will pull through. 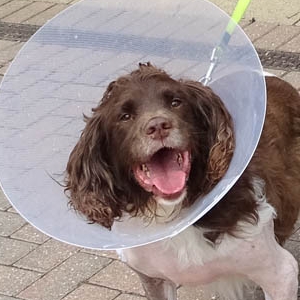