The team at Fitzpatrick Referrals Oncology and Soft Tissue hospital in Guildford are met with a bit of a messy problem when a young Labrador puppy called Bow is admitted with an ectopic ureter that causes frequent involuntary urination. Interventional Radiology specialist Dr Gerard McLauchlan investigates Bow’s case and is determined to put the young pup and her worried family out of misery.

The Fox family have had Bow since she was just eight weeks old. The young puppy had been suffering from incontinence that was causing her to drip urine everywhere, at all times of day. It was beginning to take a toll on her worried family, who were cleaning floors, bedding and clothes at all hours of the day. Charlotte and Danny were referred to see Dr Gerard McLauchlan at Fitzpatrick Referrals after their local vet suggested that she may have an ectopic ureter – a condition whereby one of both of the ureters (tubes that carry urine from the kidneys to the bladder) do not enter the bladder in the correct position and cause incontinence and urinary tract infections.

After careful examination, Gerard confirmed this was the case in her ureter and suggested laser treatment to cut down the tube and reposition it into the bladder. Gerard warned Charlotte and Danny that there was a 50-60% chance that the treatment would result in continence but in the chance that it wouldn’t, he advised that he may need to look into other options for Bow.

Bow was whisked away for treatment from Gerard and the team. Using a camera to visualise the ureter, Gerard passed a wire and a catheter up the abnormal opening and used a laser to cut the ureter back into the bladder. As he had such a small area to work in, he had to use the catheter to protect one side of the ureter as he cut away at the ureter. Precision was key. If Gerard made the slightest mistake, he could have cut into the bladder and caused infections to spread through to the abdomen – which could have been life threatening. Thankfully, the procedure was a success and Bow was allowed to go home just 2 hours later.

10 days later, Bow returned to see Gerard for a check-up. Charlotte and Danny were worried that the surgery hadn’t worked, as Bow had only managed to stay dry for two nights. Gerard decided to assess the situation – first checking to see if Bow had any residual infection. By taking a urine sample direct from the bladder, he would be able to identify whether or not she still had an infection that could be exposing her to further incontinence and bed wetting. Gerard gave Bow medication to treat weakness in her bladder sphincter – with hopes that it would keep her dry.

She just loves life, she’s such a gentle soul. I still melt when I see her

Charlotte and Danny were thrilled to see a huge improvement and Bow is now nearly totally dry. The family were pleased to have a clean and accident-free home at last! Bow’s quality of life has vastly improved and she’s able to live the life a young puppy deserves. 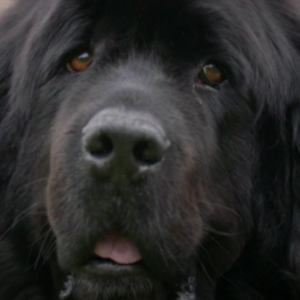 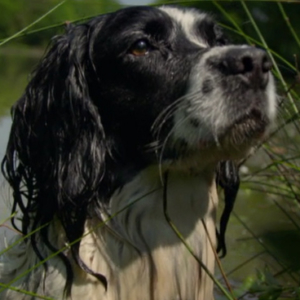