Teresa & Matt bring in their six year old Rottweiler Dave, who has had two previous hip replacements elsewhere and one has now failed, and is in need of Noel’s help. The couple have six children between them, and another Rottweiler Tony waiting at home. Revision surgery is always a challenge, and Dave will need specially designed implants as his bones have been weekend from the previous operations. It’s a tense day for big softy Dave when he and the family arrive for his surgery – but with the pain worsening all the time it couldn’t have come a day sooner.

Dave comes from a large and loving family in Kent. He spends most of his time playing with his brother and fellow Rottweiler Tony. He also has the doting attention of mum Theresa, dad Matt and their six children.

Dave is suffering from severe hip pain and mobility problems due to a failed total hip replacement procedure in 2011. Having already had hip replacements on both sides, his family are desperate to alleviate his pain and get him back to living a full life. Noel is no stranger to hip replacement surgery and immediately outlined what options were available for Dave – the most realistic scenario involved revising the hip replacement and inserting a new implant.

Theresa and Matt wanted Dave to have the best chance and avoid the prospect of amputation. Whilst the revision is possible, it poses risks such as infection, fracture and nerve trauma. Removing the previous implant and ensuring precision with the new one was not an easy feat either, and may require a new cup to be implanted into Dave’s hip to allow the new implant to fit. Noel had to make it clear that whilst success is definitely possible, there was a risk that the implant wouldn’t position effectively and he would have to break Dave’s pelvis to insert a new cup if the positioning was not strong enough.

Noel got to work on Dave immediately – removing the original implant and placing a custom-made plate along the femur to prevent fracturing at the top of the bone. The canal of the femur was filled with a quick drying surgical cement and a new implant was placed at the best possible angle in the existing cup. The team managed to position it and after a successful operation, Dave was taken straight to radiography to ensure the implant was positioned effectively. Noel had positive news for Theresa and Matt – a replacement cup was not needed and Dave was likely to recover well.

Dave’s condition continued to improve rapidly and after a long period of recovery, he was off the lead and back to bounding around the garden with his brother Tony and the children. Theresa and Matt were ecstatic to see Dave living a normal life again.

A while later, tragically, Fitzpatrick Referrals received the devastating news that Dave had developed a cancerous tumour that lead to heart failure. We were heartbroken upon hearing the news and were touched to be part of Dave’s brave journey to recovery. His family have allowed us to share his story and bring hope to those who are embarking on their own journeys. Dave’s legacy will remain an example of the determination and strength of those who give precious life to animals who enrich our own lives so meaningfully. 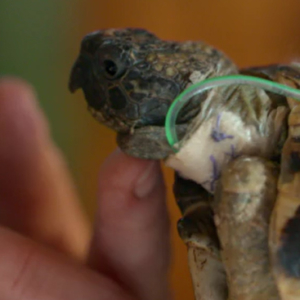