Professor Noel Fitzpatrick has some detective work to do in this week’s episode of The Supervet. Seven-year-old Scottish terrier Flora has a mysterious condition that other vets have so far failed to diagnose. She has developed pain in her lower back and is often found shivering and whining in the bathroom but after strenuous tests at local vets, nobody can provide an answer as to why Flora is in so much pain. Dad James and mum Alexis are lost for answers and ask Fitzpatrick Referrals to investigate. Using some old fashioned detective work, Noel tries to solve the puzzle of what is causing Flora’s pain. Inspired by a shared passion for 70’s super sleuth Columbo, Noel and Flora’s family uncover clues from her behaviour and discover that the case isn’t so simple

Flora lives with her mum Alexis and Columbo super fan James in West London. Flora was originally Alexis’s mother’s dog, but after she died unexpectedly, the couple adopted her. She is a firm member of their family.

Noel was tasked with unearthing the mysterious condition that was causing Flora pain in her lower back. He conducted a full physical examination to see if he could locate the source of the pain. He suspected that she might have an intermittent dynamic claudication of the L7 nerve root, which meant that when Flora was in certain positions she was squishing the nerves in her lower back. To take a closer look, they organised a dynamic MRI scan. Noel then suddenly had a Columbo inspired brainwave that suggested that Flora had a potential bulging disc. Through their shared passion for the 70s detective drama, Noel, James and Alexis glue the missing pieces of the puzzle together and confirm that Flora is suffering from a bulging disc that is squashing nerves in certain areas of her lower back, causing pain.

Noel recommended a combination of treatments. Firstly Noel suggests a series of epidural steroid injections to numb the pain around the nerves in her lower back. Noel injected the first of three epidural steroid injections into her lower back. He hoped that this would remove the pain but assured Alexis and James that if Flora failed to respond to the treatment, surgery was another option.

The effects of the steroid injections only lasted a month and therefore it was decided best for surgery to be undertaken to remove the bulging disc and fuse her lower back with pins and cement.

6 weeks after the operation, James and Alexis returned to Fitzpatrick Referrals for the final leg of their Columbo journey and to run a final check up on Flora’s back. Thankfully Flora was no longer in pain or hiding in the bathroom, and is running around happily at home. 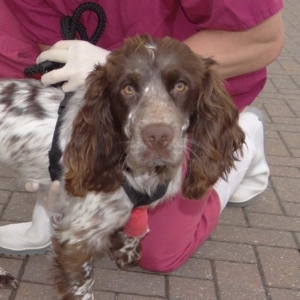 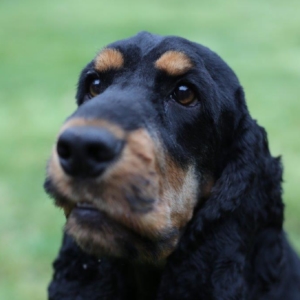