A tiny hedgehog is brought to Fitzpatrick Referrals from the nearby charity Wildlife Aid, seeking his orthopaedic expertise for the treatment of two broken hind legs. Nicknamed Harry by practice staff, Professor Noel Fitzpatrick needs to stabilise both his back legs with minute pins - the most delicate surgery, with not even a fraction of a millimetre to spare – if this little hog is to have any hope of finding a new hedge to call home.

Harry was found severely injured near a bush by the Surrey-based charity, Wildlife Aid. The cause of the injury was unknown – possibly a road accident, a predator attack or a fall. The Wildlife Aid Centre rescues and treats an array of wild and endangered species - in a hope that they can be released into their natural habitat. Sometimes injuries are so severe that patients have to be taken elsewhere for more specialised care.

Harry was found with two broken back legs and was severely dehydrated. Wildlife Aid gave him pain relief and immediately sought the advice from Noel and the team at Fitzpatrick Referrals. X-rays of Harry’s legs showed that the end of the fractures were beginning to heal and Noel was very worried about the prospect of infection, as the fractures were open. Harry’s left hind leg also proved to be difficult to treat, as there was a very short segment next to the joint that that had the potential to fissure. At just 3mm wide and 6mm long, it would be a challenge that required ultimate precision. As he had no name before arriving at the practice, the nurses decided to call him Harry the Hedgehog. Harry was immediately prepped for complex surgery with Noel and the team.

Noel planned to drive a narrow pin from each fracture up along the tibia and out through the knee. He then reversed it back down into the bottom part of the fracture to align the tibia bone. Four pins were inserted at right angles and the protruding ends were bent to create a frame. Putty was then moulded around the ends to bind them together and hold the fracture parts in place whilst the bones healed. Noel had to be very careful, as the bones were so fragile and he could see gapping whilst inserting the pins into Harry’s left leg. This had the potential to cause fissures which would be difficult to see on an x-ray image. There was also strong potential for infection, as the injury caused an open wound.

After the operation, Harry was sent straight to x-ray to ensure all of the pins were in the right place and that the fractures were stable. The x-rays were positive and he was sent back to Wildlife Aid to recover in their care.

Five weeks later, Noel paid the charity a visit to assess Harry’s recovery. He was still concerned that infection would be a big risk but hoped to be able to remove Harry’s frames and confirm his recovery that day. Thankfully, x-rays of both legs showed Harry was healing well and Noel decided to undertake the tricky task of removing the frames there and then. As he was under a short dose of anaesthetic, Noel had to treat Harry very quickly but also had to be extra careful when removing the pins. The putty and pins were removed successfully on both legs – a road to recovery now awaited before he could be released back into the wild.

We’re delighted that it’s worked - so lovely to see him trotting off on all four legs.

Six weeks after Noel removed his frames, Harry had fully recovered from both fractures and no infections were present. The Wildlife Aid team were thrilled to return Harry back to his hedge and gave him his freedom once again. 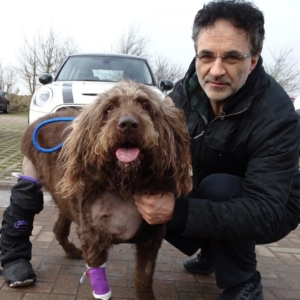 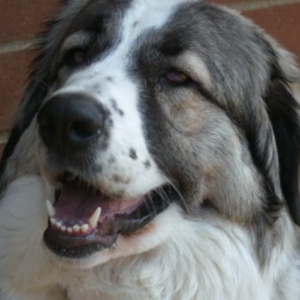