Max lives with his adoptive parents Julie and dad Andy. He was rescued by a local charity after being hit by a car in Romania.

Max was first brought to Fitzpatrick Referrals 12 months ago to enquire about a prosthetic for the partially amputated left hind limb, but Noel felt that his right hind leg was a far more pressing problem as it was twisting outwards. Noel operated on Max’s right hind leg to straighten it, which made a massive difference to Max’s life, enabling him to cope with a strap-on prosthetic for his left hind leg.

Max had been coping well with the prosthetic, but it started to cause sores on his stump, and so the time came for Max to be reviewed for a bionic prosthetic. Noel and the team designed Max a unique prosthesis called a PerFiTS, which would ultimately give him a fully functioning limb. Fitzpatrick Referrals is the only centre in the world offering this surgery.

Ten years ago it wasn’t possible to give Max a bionic limb, but as technology has developed and options have become available we feel that people should have the choice. When Max’s parents were given that choice, they decided that it was right for Max to have a chance on four legs.

Once in theatre, Noel drilled the stem of the prosthesis into Max’s calcaneus, stitched down the tendons and stitched the skin around over a dome shape that the skin would adhere to, creating a seal to protect him from infection. After the 90-minute operation, Noel fitted an adjustable temporary foot onto the external part of Max’s implant. He was kept at the practice until Noel and the team were confident that the skin was sealed tight and that infection was no longer a risk. 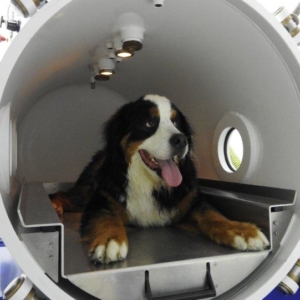 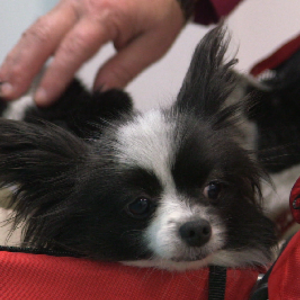