In 2015, Wendy and daughter Bertie brought an entire litter of six-week-old puppies to see Noel: Peggy, Maisie and Biscuit, three adorable miniature Dachshund puppies, along with their watchful mum Binky. Little Peggy was lame, the result of flexor tendons that were too tight relative to the growth of the bone. If left untreated her leg could have become deformed and increasingly painful for her. After intensive daily physiotherapy at the practice, Peggy also becomes the smallest dog ever to be treated in Fitzpatrick’s underwater treadmill, and now in 2020, she is providing essential companionship to a very special member of Wendy’s family.

Chartered Physiotherapist Sam Gates and other members of the team treat Peggy by gradually extending her toes and stretching the contracted tendons frequently, supported during rest inside an extension splint. Hydrotherapy in the underwater treadmill supervised by the hydrotherapists, allows Peggy to actively move her digits and continue to stretch the tight tendons. The water provides buoyancy which removes the effect of Peggy’s body weight on the leg and because the belt moves against the water, the little tendons and ligaments in Peggy’s foot are gradually strengthened.

After a couple of weeks of intensive rehab, Peggy has turned the corner and begins to walk more and more normally on her paw until she can return home. 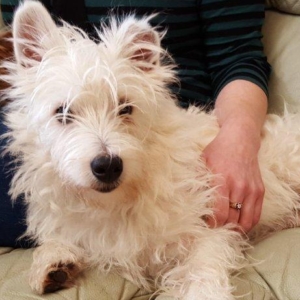 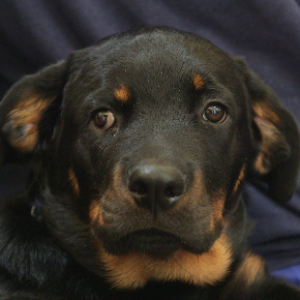 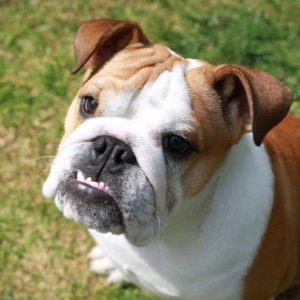