Graham travels all the way from northern France to bring Sooty, an 8-year-old black Labrador cross with elbow dysplasia to see Noel. His French vet suggested amputation, but Graham hopes Noel will be able to save Sooty’s leg. Noel ends up operating on both front legs; the right one needs a ‘sliding humeral osteotomy’ where a custom s-shape plate is placed on the bone above the elbow to redistribute the weight away from painful surfaces. The left side, though not as bad, shows a small crack in the elbow joint and Noel cuts the ulna bone in a specific way to relieve the pressure. It takes Graham several trips across the Channel to get Sooty the treatment he needs to return his quality of life.

Graham and his wife Judith moved to France thirteen years ago and live in Normandy with their three rescue dogs: Sooty, Sweep and Scamp. They are avid supporters of animal charities and rehome unwanted dogs. They love the outdoor life, and even more so as they get to spend it with their three dogs who go everywhere with them.

Six months ago, Sooty started showing signs of lameness in her front right leg. Graham said that Sooty had lost her mojo due to being in constant pain. When they took her to their vet in France, they said there was nothing they could do and recommended they amputate the leg. However, Graham and Judith wanted to know what else was possible, so brought Sooty to see Noel at Fitzpatrick Referrals in Surrey. When Noel examined Sooty, he confirmed that she was definitely in a lot of pain on her right elbow and also on her left elbow to a lesser extent. He would need to take a closer look with x-ray, CT and arthroscopy to understand the full extent of the problem, and how best to tackle it.

Sooty had a CT scan followed by arthroscopy, where a tiny fibre optic camera is inserted into the joint to allow visualisation of the joint surfaces. Thankfully, Noel found that she would not need an elbow replacement. On her right elbow, the cartilage had been worn down extensively on the inner half of her elbow due to years of uneven pressure caused by the bones not fitting together properly.

Noel recommended an unloading procedure called a Sliding Humeral Osteotomy that shifts the weight towards the good side and away from the bad side, thereby relieving the pain caused as a result of the damaged cartilage. The procedure involved cutting the humerus and securing it back in a new position with a custom made, step-shaped implant. The cartilage in the left elbow wasn’t as badly damaged as the right elbow. Noel recommended a similar, but less invasive unloading procedure where the ulnar bone is cut allowing it to re-settle and heal again in a new position that better suits the elbow.

“Even though it’s both elbows being done, at least it will give Sooty a pain free existence, which is all we want.” Graham

Five days after her double elbow operation, Sooty was making a steady progress, she was a little wobbly but on the mend. Graham came back to take her home to continue her recovery in the comfort of her home surrounded by her family. Graham was delighted to be reunited with Sooty who had a much brighter wag in her tail. 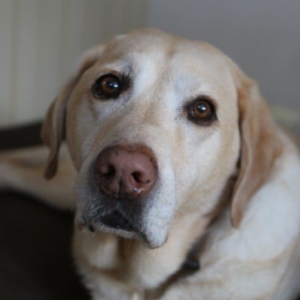 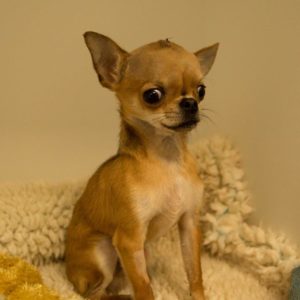