Dr Diane Greenwood, a retired theology lecturer, arrives for an emergency appointment for her five-year-old rescue Labrador Tom who has a serious wound on one of his front paws. Tom got his foot caught in some wire and has torn part of his paw away, and it has now started to rot. Diane is worried gangrene has set in and that Tom’s whole leg will need to be removed. Noel recognises a kindred spirit in Diane and welcomes the opportunity to share some philosophical discourse on the ability of dogs to ‘smile’. But it’s not until Noel has examined Tom’s foot that he can offer Diane a solution that will hopefully keep her companion running around on four paws.

Tom lives with Diane, in South East London. He is a faithful companion to Diane – a retired theology lecturer who loves to garden and watch Tom doing his favourite pastime: running!

Tom suffered from a nasty injury to his paw when tangling it in gate wire whilst playing with a friend. Diane took him to her local vet immediately who did all they could to clean up the wound. Sadly the injury was not getting better and there were concerns it was going gangrenous. Diane was advised that Tom’s leg may have to be amputated and turned to Professor Noel Fitzpatrick in hope that his foot and his leg could be saved.

Noel saw Tom as an emergency. If he could not save the foot, Diane would have to consider whether she wanted to go down the route of limb salvage or total amputation. However after examining Tom, he was certain that amputation wasn’t necessary but the foot was infected which would need to be tackled urgently. The damage was so severe that the webbing around Tom’s toes had been torn away.

Noel clipped and cleaned the wound ready for further treatment. Using a technique called vacuum assisted closure, he placed foam on the wound and then sealed it creating an air tight vacuumed environment around it to suck the infection out and encourage the wound to heal. Tom stayed at Fitzpatrick Referrals for a few weeks whilst Noel repeated the procedure.

I’ve missed him in all sorts of ways. He’s affectionate if not loyal!

Three weeks after the first treatment, Tom was able to go home to Diane. She was thrilled to see that not only had he been able to keep his badly damaged foot but how quickly his wound had healed. Tom was running around once more and Diane had her companion back. 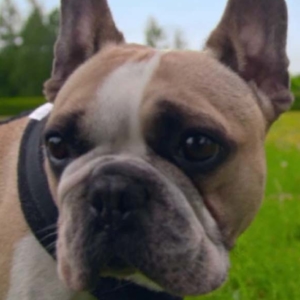 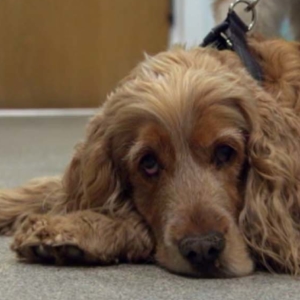