Eight year-old French bulldog Tom was brought in by his anxious owner, Rob. Tom has a whole list of chronic ailments, all made worse by his propensity to stress. The team had to operate to save Tom’s life and manage the anxiety levels that could halt his recovery. 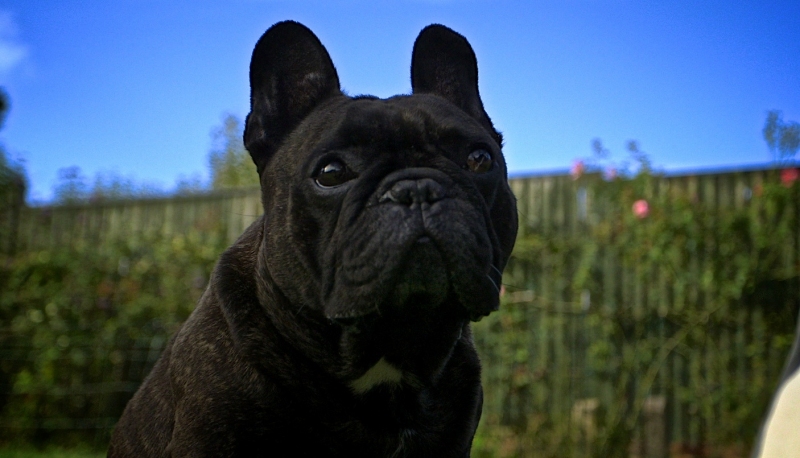 Tom had an acute history of spinal pain, and in addition to this he also had problems with his pancreas and his respiratory tract.

A CT scan coupled with MRI revealed a congenital abnormality of one of the bones in Tom’s back which was causing a compression of his spinal cord. Immediate surgery was not performed on Tom due to his respiratory complaint, so Tom was hospitalised and given supportive care including intravenous fluid therapy with supplementation of potassium, gastro-protectants and intravenous antibiotics.

Once Tom was medically stabilised he was brought to surgery to treat the spinal compression, after his spinal surgery was finished Tom also had his nose and soft-palate operated on in order to alleviate his respiratory symptoms. 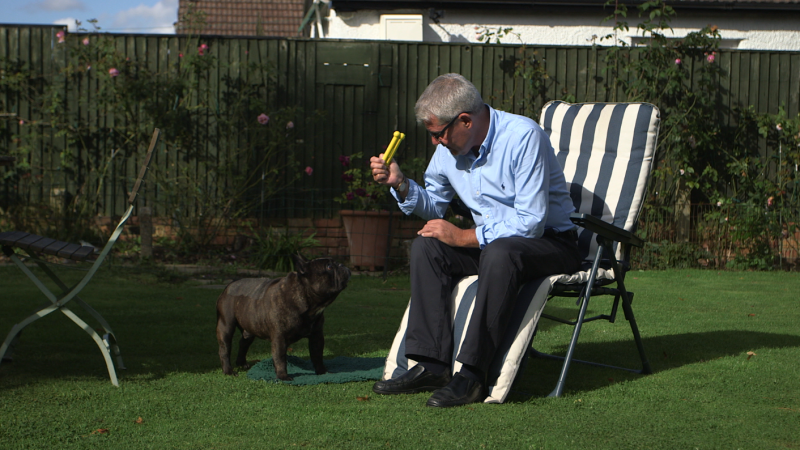 Rob with Tom in the garden

Tom was discharged as soon as possible after surgery as he simply didn’t like being away from his owner and it was decided his recovery would be aided by being at home with Rob.