Polly brings in her rescue Chihuahua, Twiglet, after she fell down the stairs at home. A failed operation has left her with shattered bones and metal in her tiny paw. With limited options, Noel attempts a combination of procedures. But he has never carried out this operation before and if he fails, Twiglet could lose her leg. 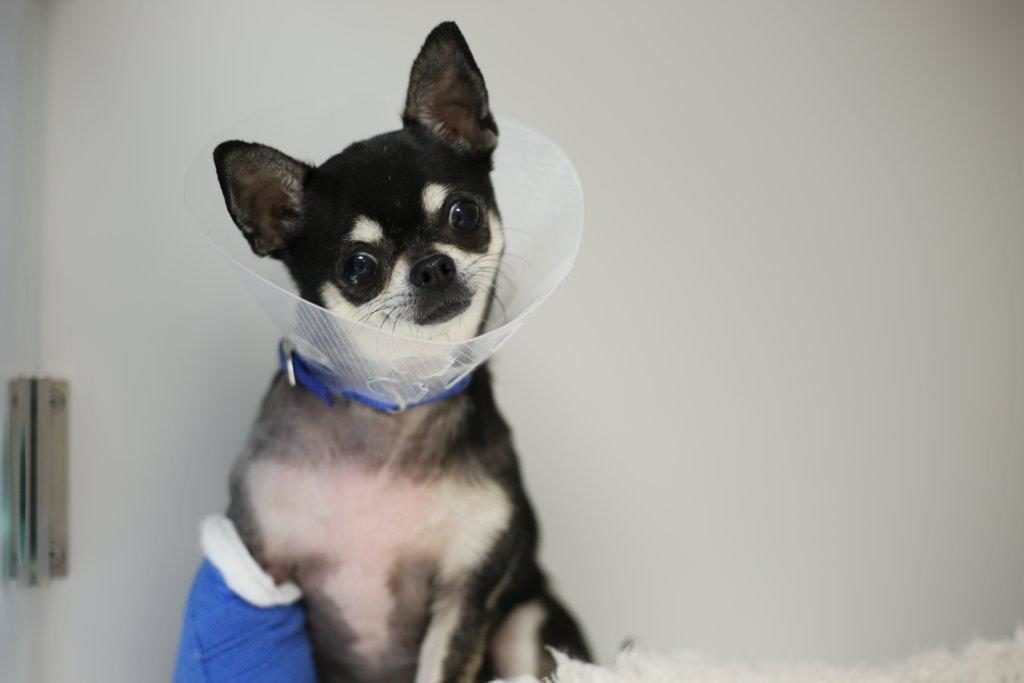 When Noel met Twiglet he was quick to request detailed x-rays and CT imaging of her affected paw. The scans showed that the pins originally used to repair her broken paw were themselves broken or bent leaving the tiny bones unable to heal. It was no surprise that little Twiglet was totally unable to use her foot, and this had only made things worse as what was left of her tiny bones had nearly disappeared.

The options for Twiglet and Polly were limited.  Noel explained that they could (a) amputate the leg or (b) remove the paw at the bottom extent of the radius and put an amputation prosthesis on or (c) do something completely new and fuse the wrist solid and shorten the paw.  Option C would involve removing the non-viable bone and fragments, and attaching the toes further up her paw and fusing everything from her wrist downwards solid with a custom plate.  To do this Noel would have to perform a combination of procedures he’s never done before.  Polly and Steve had a big decision to make. The plan could save Twiglet’s paw, but there was no guarantee it would work.

After much discussion and consideration from Twiglets’ family, they concluded that they wanted to go ahead and try and save Twiglets paw instead of amputating it. Noel had never attempted anything like this surgery in a dog this size before. Noel and his team developed a custom implant which would be bolted on to Twiglet’s radius and ulna, and wires would be used to pin what was left of the toes to her wrist.  The wires would then be anchored to an external support system called a spider frame. 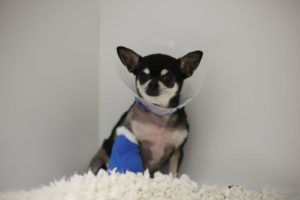 Noel began by removing the dead bone and broken pins from the previous operation. Miniscule new pins were then pushed through what remained of the broken toes. This was particularly challenging for Noel, because Twiglet was so tiny!  With the rods in place, Noel needed to shorten the paw and attach the toes directly to the wrist.  Noel pushed each of the toes in turn, up onto the wrist, so effectively each toe was slid down around the rod. The internal plate was then secured onto the radius bone of the forearm. This was an operation Noel had never done before with one of the smallest custom plates Noel had ever made.

Finally, the gaps in the paw were packed with bone from Twiglet’s own pelvis, along with a protein to stimulate bone growth to help fuse the repair together.  The last job was to attach the external spider frame that would hold all the pins together while it healed.  After three hours in surgery, Noel was finally finished. Twiglet would need to be monitored closely by the team over the next few days.  Surgery could save her paw, but no-one knew for sure that it would be successful.

Ten days later scans and x-ray images showed Noel that her foot was starting to heal, so Polly could take her home. Noel was very pleased with her progress, considering how significant the surgery was. Twiglet would need to be on kennel rest for a long time before the team and her family could know for sure whether she would be able to keep her paw.

Three months on and the day came for the supporting spider frame to be removed, and find out whether the surgery has been a success. After having lived with a broken paw for almost a year, her scans would reveal whether it was finally starting to fuse.

Thankfully, healing looked good and the wrist had fused! It was a tremendous result.

Fixing Twiglet’s paw had been a difficult journey, but for Polly, Noel and the team it had all been worth it to give the smiley Twiglet a bouncy life on four paws. 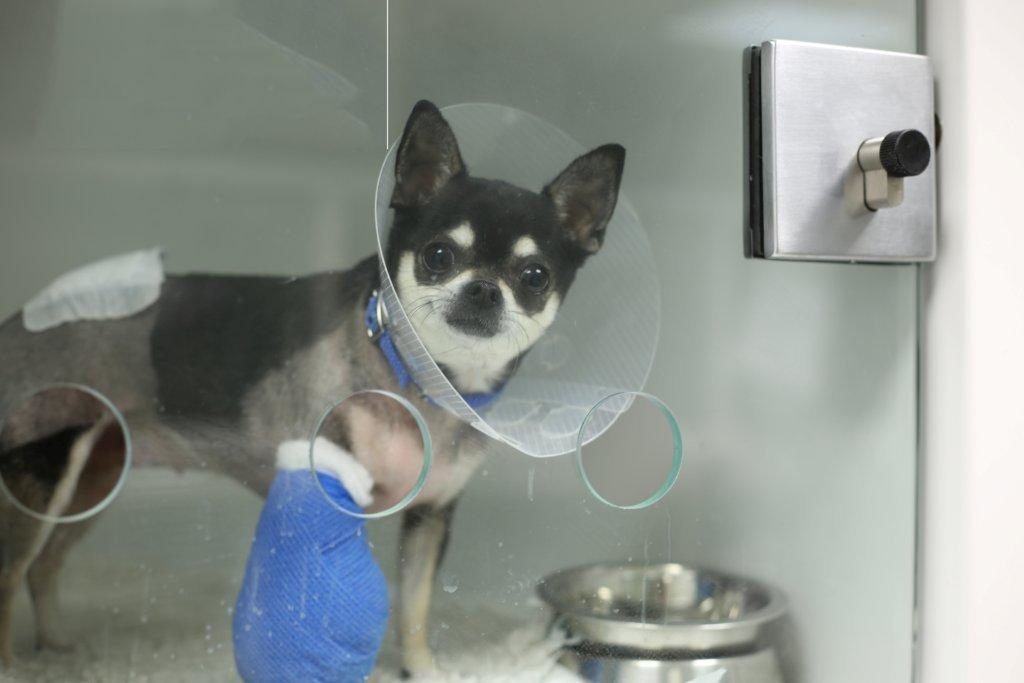