Beloved fluff monster Kylo, a ten-month-old rough collie, arrives at Fitzpatricks with the McGann family. They have made the second of several 800-mile round trips from their home in Glasgow where Kylo enjoys top dog status but is also suffering from serious front leg deformities.

During his first consultation, Noel described the problem as the ‘bow string’ effect, which refers to when the ulna stops growing and the radius continues to grow, which in Kylo’s case has resulted in severe deformity and significant pain due to his elbow and wrist (carpal) joints not fitting or working properly. This is called antebrachial growth deformity.

Kylo’s family are keen to explore their options, which includes possible surgery. Due to the complexity of Kylo’s deformities, exacerbated by osteoarthritis of his joints, Noel chooses to seek the perspective of an ethics review panel. If the panel agrees that surgical intervention is potentially in Kylo’s best interests and approves the proposed treatment, Noel feels that creating custom cutting guides and plates of a brand-new design, made uniquely for Kylo are likely superior to off-the-shelf options. The goal is to straighten both forearms, which will entail two separate surgeries, one leg at a time - and a long wait to ensure appropriate healing. But Noel warns that if surgery fails, then the family may need to consider euthanasia, as advised by the ethics review panel.

Every success stands on the shoulders of failure, and it’s my job to sort it.

Initially, both procedures are carried out successfully, but six weeks after his eventual discharge, Kylo deteriorates and is rushed back to Noel by the distressed McGann family. Scans reveal that some of the screws inserted to fix the original plates have failed, meaning if the treatment is to be successful, they will need to be removed and a new, redesigned, plate added to the construct to support the week and deformed bones. The stakes could not be higher.

“Nobody has a crystal ball, and biological variants meant that the forces overwhelmed the mechanics,” says Noel, “Every success stands on the shoulders of failure, and it’s my job to sort it.” 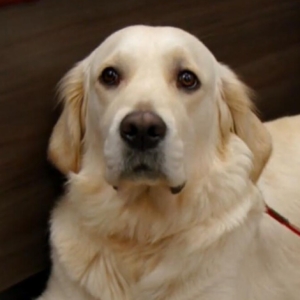