The Supervet: Christmas in the Clinic

In this hour long Christmas special Noel has a new and extraordinarily challenging case to test his skills – Fievel is the adored young Labrador of Fiona and Dan. His hips are so bad he needs a total hip replacement on both sides. But this is only the beginning…As Fievel’s treatment continues, Noel discovers further complications leading him to become one of Fitzpatrick’s longest-term patients.

The programme will also catch up with some of the pets and families who have benefited from Noel’s pioneering techniques and inventions.  We’ll find out what happened to Scooby the Labrador cross who lost a leg in his fight against cancer, Jasper the puppy whose legs were so deformed he needed two pioneering operations if he was ever to run free and Pixie the cat who gained a bionic limb to help her survive. 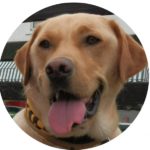 Fievel is the adored 16 month old Labrador of Fiona and Dan. They came to Fitzpatrick Referrals a year ago, in October 2013, after Fiona and Dan noticed Fievel was walking oddly.

At Fitzpatrick Referrals, it was clear this was no straightforward case… his hips were worse than thought and it was clear a Total Hip Replacement was required on both of his hips. But this was only the beginning. As Fievel’s treatment continued, Noel discovered further complications leading him to become one of Fitzpatrick Referrals longest-term patients spanning over a year. 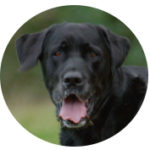 We revisit Scooby, the brilliant Black Labrador who had his leg amputated following an aggressive cancer in Series One. Scooby is doing great, and despite the challenges he is still the happy and enthusiastic companion of David and his family. Scooby is a favourite at the practice when he comes in for his chemotherapy. 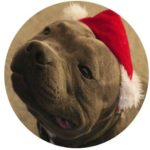 Jasper the Staffie was only a puppy when we met him in series one, now he is a grown up cheeky chap! Jasper touched many people with his giant character. 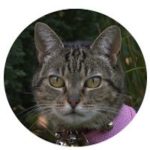 Diane is looking forward to spending Christmas with her Bionic cat Pixie who was seen by Noel as an emergency 11 months ago.

Pixie came to Fitzpatrick Referrals as an emergency when she had been badly injured in a car accident, now with her implant, she is now living life to the full. 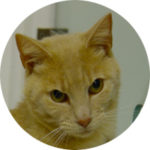 Tiger was brought to Fitzpatrick Referrals a year ago following horrific injuries to his hind legs which conculded in amputation and an astonishing brush with death following a cardiac arrest.  12 months on from his life saving surgery and Tiger is back to his old self.  He does everything a normal cat would do. And Ernie and Cynthia are still astounded at the resilience of their beloved cat. 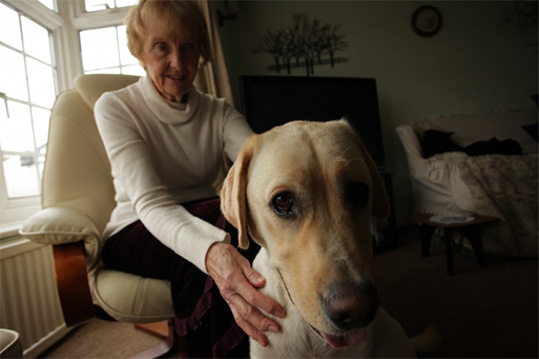